“We used to talk about being in the middle of nowhere. Now it’s the middle of everywhere.” That’s how Joseph Bisordi, MD, describes the demographics in southern and central Pennsylvania. In fact, he says the whole state is unique, at least in one way:  “It has the most people living in places with less than 2,500 population, the U.S. government definition of a rural town.”

Scores of towns in this area fit the description and are often named for their founders, such as Wernersville (pop. 1,934) and Campbelltown (pop. 1,609). Comedians like to joke about going through Intercourse (pop. 1,200) to get to Paradise (pop. 1,043).

There are “big sisters,” too. Harrisburg, Reading, and York add a metropolitan flavor to this region that’s been described as an area of fertile fields, rolling hills, and sparkling streams. The Appalachian Mountains rise along the western part of the region.

In Danville, population 4,897, Bisordi, a nephrologist and the chief medical officer at Geisinger Health Center, believes he’s found the perfect setting for his practice and his life.

Bisordi well remembers his first encounter with Geisinger, a huge complex complete with 394-bed hospital, extensive residency program, and state-of-the-art research facilities. “A friend from Georgetown was coming here for an orthopaedics residency. He said, ‘It’s one of the places you ought to think about, a different model, a full-time clinical faculty dedicated to patient treatment.’ I really was surprised at the opportunity to learn directly from specialists. And the interview wasn’t a perfunctory session with one physician, but a whole day with five or six. It was clear to me that I wanted to be in this kind of high-clinical setting.”

Thirty-two years later, he’s still convinced it’s the right place for him. “I wanted to be, in New York vernacular (he’s a native), a maven, an expert, and to be in a place that had a critical mass of specialists who could provide care for my patients.”

Often likened to the Mayo and Leahy Clinics, Geisinger reached its current zenith gradually, but it all started with a gift from one woman. Abigail Geisinger, the 88-year-old widow of iron magnate George F. Geisinger. The hospital opened in 1915 with one operating room, seven nurses, and 70 beds. Geisinger Health System now encompasses three hospitals, 38 community practice sites, and some 12,000 employees. Physician recruiter Elaine Tomaschik jokes, “Geisinger employs more people than there are living here (in Danville).”
John Bulger, DO, a Geisinger hospitalist, makes a distinction, though:  “We’re rural, but we’re not frontier.”

Not your rural stereotype

The sophisticated rural environment suits these physicians. Bisordi says, “I spent the first 20 years here raising a family. I coached my son’s soccer team for 13. I could go to a game and be back at the hospital in five minutes if I was needed. I love the commute!” Not only that, “In New York (my son) would have had to be a top college prospect to make a high school basketball team. Here he could participate without that kind of competition keeping him off of a team.”

Bulger grew up in rural Martinsburg, PA, but got his fill of dense population while studying at the Philadelphia College of Osteopathic Medicine and completing a residency in that city. “In Philadelphia,” he grimaces, “every time I get on the Schuylkill Expressway I thank my lucky stars that I’m here. And, by the way, I can see the stars here at night.” 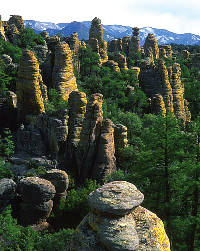 Community profiles Secret of the south