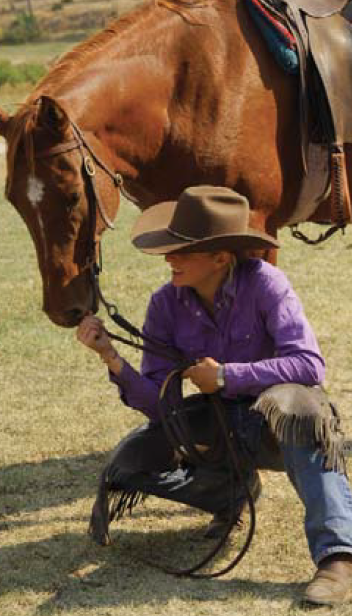 In some ways, it took David Kane, MD a while longer to become acclimated to Columbus, population 1,931, even though both he and his wife grew up in nearby small towns. The chumminess “can be overwhelming at times. When I came here (people were expecting) curbside consultations or advice in the grocery store or in the post office. I didn’t like that at first, but now I take it as kind of a compliment and I can deal with it more easily. But it’s nevertheless flattering.”

In fact, his thinking has undergone an almost 180-degree change. Now, he says, “It’s always gratifying that our patients are not only our patients, but they are our friends and almost like family to a degree,” says Kane. “When one comes into the office, the first thing he or she says might be, ‘How are the kids in college?’ or ‘How’s your mom?’” The level of trust sometimes prompts a patient who’s gone to a cardiologist in Billings, for instance, to tell the hometown physician, “The cardiologist told me to do this, but I didn’t start it yet because I wanted to talk it over with you first.”

Small town life notwithstanding, Billings, now far and away the largest city in Montana with a population of 100,118, is a quick 40 miles east of Columbus. Population there has recently sprinted thanks to oil, natural gas, and coal deposits now being more aggressively exploited. Part of the population surge can also be credited to the city’s education and medical facilities.

In fact, in the towns within a 50-to-75-mile radius, hospital administrators “bait their hooks” with Billings’ cultural, shopping, and restaurant amenities. “The Magic City” offers symphony orchestra, chorale, opera, live theater, zoo, art museum, historical museum, and several big festivals, such as the Wine and Food Festival and Harvestfest, which incorporates the Billings Book Festival.

The main attractions for Kane are the chances to go backpacking, camping, fishing, hunting, and skiing. And, unlike many another young practitioner who might go directly to the warm-weather paradises, he says, “I like winter. I don’t want to go someplace where there’s no snow.”

Kane and his colleague, Richard Klee, MD, started practicing in Columbus 18 years ago and have stayed the course. Both work at Stillwater Community Hospital, with 13 critical access and skilled nursing beds. “We serve all the small cities around us,” Kane says. “Some patients come from all over, and they will come back. One, the father of a local resident, flew here for treatment.” All in all, the patient population ranges in age from infants to centenarians. Kane’s oldest patient lived to be 105.

It takes a special person

Like Kane, Klee, and Anderson, many physicians are strongly devoted to their state with its aura of freedom and independence. In fact, Brian Zins at the Montana Medical Association office proudly cites at least one two-generation practice in a tiny village in one of the remotest areas of the state.

Zins indicates that the practice of medicine itself is no different than anywhere else, but the difference, of course, is in the territory. “You might be in a town of 1,000 in Tennessee, for instance, but 30 miles away from a big city. In Montana, the nearest city is often 400 miles away.” The elating news:  “The unique opportunity of practicing real medicine is there.”

Nevertheless, some small hospital administrators lament that, for all too many physicians, city amenities and other considerations trump the lures of wide-open space. “I do a lot of physician recruitment,” says Lee Rhodes,  north of Billings with a population of 1,800. “One recruiter shared a survey with me showing that 1-to-2 percent of physicians want to live in this size of a town.”

Even then, other considerations can come into play, such as wanting to be near elderly relatives in other places or better opportunities for the doctors or their spouses.

Rhodes himself recently lost not one but both MDs in Roundup. One went to Boston because his wife was accepted at Harvard Medical School. “He gave six months’ notice, so I brought in a replacement, but the replacement didn’t work out.”

The second, an Egyptian, was in Roundup on a J-1 professional visa from the U.S. government and might have stayed even longer but for the fact that he wanted to be near a mosque where his children could be educated in the Muslim faith. He found a position to his liking in Tennessee, leaving Rhodes empty-handed.

Rhodes does have a couple of replacement prospects:  He is hoping to bring in one couple “who can be excellent fits, but the advantage for them and the disadvantage for us is that they have lots of options.” He’s also interviewing a former Marine now living in Alaska. The good news:  “He and his wife have decided they want to live in Montana. In the meantime,” he says, “we’re bringing in a temp, but that’s expensive. Also, temps aren’t as busy as the regular physicians because people don’t know them.”

Not all administrators have staff problems. CEO Scot Mitchell at Wheatland Memorial Hospital in Harlowton is happy to say, “I haven’t had to look for doctors for 15 years. We’ve been very lucky.”