Physician specialties include family practice, internal medicine, pediatrics and obstetrics/gynecology. A behavioral health specialist supports and assists the physicians. There is an affiliated dental program with three dentists. An award-winning health promotion component titled Platicamos Salud uses lay health workers who visit residents in their homes and teach about nutrition and healthy activities.

Another Nogales provider is Pima Heart, which has one full-time internal medicine physician, a part-time cardiologist, and a nurse practitioner. Based in Tucson, it was founded in 1981 and has seven satellite locations, including Nogales.
There are three independent physicians in Nogales, including two obstetricians/gynecologists and a pediatrician. The Tubac Regional Health Center, a small family practice center 20 miles north of Nogales, is operated by the non-profit Tubac Health Care Foundation and employs just one physician.

An advantage to working on the border is the connection that physicians make with their patients—and the Hispanic culture fosters that bond. Hippenmeyer says she’s grateful to get to know local residents. “The patient population here is universally thankful, universally polite, and after having worked in big cities, I can tell you it’s really nice. You may have a couple days out of the month that you really earn your keep—it’s busy, it’s crazy.  But there are ample opportunities to sit and talk to a family member or with relatives out of town on the phone,” she explains. “You really do have the opportunity to communicate with patients. For me, that’s a real plus.”
Of course, nothing’s perfect and Hippenmeyer says she deals with problems due to limited capacity. “There are definitely frustrations. It’s difficult to work in a smaller hospital because all the sub-specialty support services the patients now come to expect are simply not available. We feel the burden of our responsibilities to our physicians and patients. It’s a difficult job to be the only health care provider.

“We do have mass casualty protocol in place. That’s part of increasing the ancillary services responses. We don’t close, we don’t go on divert. We don’t turn people away because we’ve exceeded the capabilities of the institution. We just keep calling people in. Blessedly, that doesn’t happen very often,” she says.
Pereira has contended with similar problems. “You need to have a high level of confidence in your clinical skills because you don’t have technology readily available. You may, but in some cases you don’t. Paying attention to the history and the physical exams are essential.”

Although a rural location can bring professional dilemmas for physicians, the Mariposa Community Health Center is progressive in certain areas. For example, telemedicine is used regularly to communicate with University Medical Center in Tucson.

Telemedicine “also adds a new level of contact with specialists. If you consult with a specialist, he or she will know you and clinical ideas are exchanged and hopefully that will create trust with each other. I think that exchange is pretty unique. Not very often do you have the chronic care provider and the consultant specialist talking about the problem,” Pereira says.

Education in Nogales and Rio Rico is held to the same state standards as Phoenix and Tucson schools, but with 85 percent of the students being Hispanic—many of whom don’t begin to speak English until kindergarten—there are separate challenges.

Block says he and his wife home-schooled their daughters but when they were old enough for high school, each chose a different local school based on unique offerings at the campus. The two largest public school districts include Nogales with one 1,800-student high school, two middle schools, and six elementary schools; and Rio Rico, where the Santa Cruz Valley Unified School District No. 35 has one 1,200-student high school, one middle school and three elementary schools. About 20 miles east of Nogales, Patagonia Union High School has just 90 students.

Post-secondary education opportunities are offered by the affordable Cochise College, which focuses on classes that prepare individuals to transfer to a state university. Transferable degrees and workforce training are available at several locations although there is no dedicated campus. Northern Arizona University, based in Flagstaff, Ariz., has classes in Nogales, and there’s a small campus of the private University of Phoenix.

Individuals who only have heard about border areas from the media might be worried about drug smuggling and illegal immigrants. However, very little touches the community. There are drug smugglers, says Santa Cruz County Sheriff Tony Estrada, but “it’s a safe county and community. There are probably more law enforcement officers here per capita than anywhere else,” he says.

He’s observed what he calls the “trampoline effect,” in that drug smugglers want to get their contraband from Mexico to Tucson and so it bounces over Nogales. He says the crime rate is about the same for any small town and the occasional violent crime occurs when people know each other, just as in other communities.

Hippenmeyer echoes that. “I don’t live in Nogales, but I have never locked my doors” at her home 30 miles east. “I don’t fear for anything. I frequently leave the hospital at 11 p.m. or 6 a.m. and it’s never been an issue for me. I think any institution has to have a modicum of security because we’re responsible for our patients and our staff, but I don’t have any issues living or working in Santa Cruz County and don’t know anyone who does.

“I think you hear about (potential danger) because border issues are a hot topic.”

The great outdoors is an advantage that residents don’t take lightly. Hiking trails in the Santa Rita Mountains which head up to the 8,585-peak of Mount Hopkins and the nearby 7,000-foot Mt. Wrightson, located at the north edge of Santa Cruz County, offer great workouts.

About six miles west of Rio Rico, Atascosa Peak at 6,299 feet boasts views south to Mexico and north to Tucson. The Juan Bautista de Anza National Historic Trail, which will link Nogales and San Francisco, California, has been open in segments in Tubac, Tumacacori and Rio Rico for 10 years. This level trail parallels the Santa Cruz River. Two fishing lakes are located in the county, Patagonia Lake State Park and Peña Blanca Lake. Visitors explore area ghost towns left over from silver mining enterprises in the late 1800s.
Santa Cruz County’s golf courses are top-notch. To the northwest in Tubac is the 27-hole Tubac Golf Resort where portions of the Kevin Costner golf film, “Tin Cup,” were filmed. The Rio Rico Golf Course in that community, the Palo Duro Golf Course in Nogales and the Kino Springs Golf Course east of Nogales all offer great facilities. The retirement community of Green Valley, 45 miles north of Nogales, has 10 courses, a mix of public and private.

Rio Rico, or “Rich River,” is Nogales’ largest neighboring community, with 16,000 residents. Once part of a vast land grant from the King of Spain, now a hilltop resort hotel looks over the legions of suburban homes. A little farther away is Tubac—20 miles north of Nogales and 40 miles south of Tucson—a town where art and history meet; it’s a shopping Mecca featuring 100 boutique stores, art galleries and restaurants on narrow streets perfect for strolling. Arizona’s first state park, on the site of an historic Spanish presidio, or fort, also is located in Tubac.

All of these offerings are appealing to many who settle here, according to Carondelet’s assistant administrator, Sanchez, but it’s the work that offers the largest reward.
“I think the biggest thing I hear over and over again is that [doctors] enjoy coming to this community because they feel they’re making a difference,” she says. “I do hear many physicians say that they come to this area because it’s small. It’s a very close-knit community. The patients they serve are very appreciative of what they do. To them, that’s very rewarding.”

Small town life isn’t for everyone, but there are always those who will embrace the challenges and idiosyncracies, and Carondelet’s Hippenmeyer is among them. “I’ve practiced rural medicine for a long time. I don’t have to, I choose to,” she says. “And we would prefer to have physicians here who choose to practice in a rural environment.”   end

Kathleen Vandervoet, a freelance writer, has lived in Santa Cruz County in the rural community of Tubac since 1978. 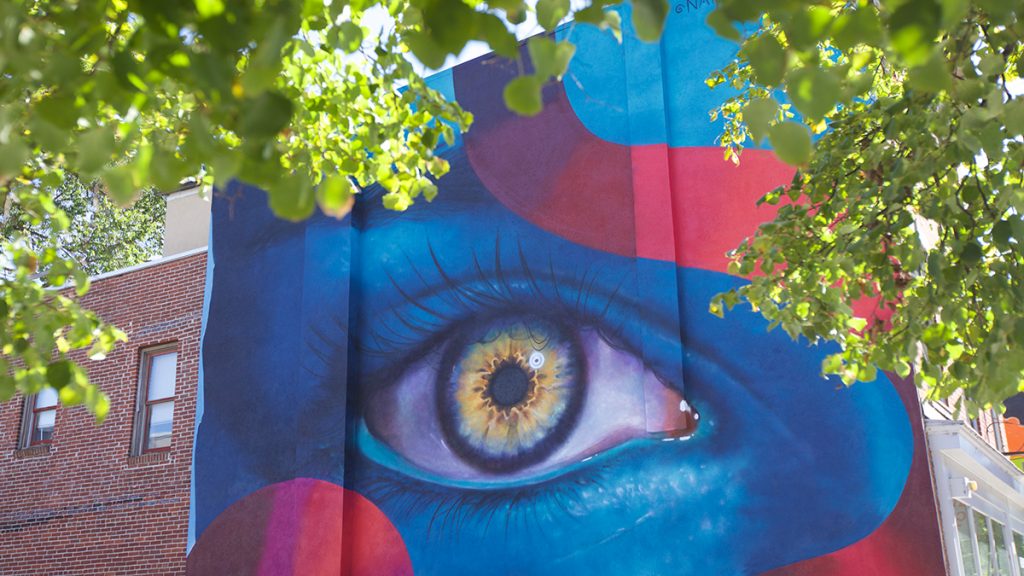