IN PREPARATION FOR THE 2002 WINTER Olympics, Salt Lake City has proven one thing: It doesn’t do anything on a small scale.

For instance, the formerly sleepy, four-lane I-15 now features 143 rebuilt bridges and interchanges befitting a 12-lane interstate. Downtown grew by 2,000 hotel rooms, bringing the total to 17,000. The Gateway entertainment complex, completed in November 2001 to entertain visitors, takes up 700,000 square feet. The city’s fathers opened Thanksgiving Point Institute in time for the crowds as well. At 700 acres, it’s the largest botanical garden in North America, featuring the world’s largest man-made waterfall. And Hogle Zoo is the largest zoo in the Intermountain West.

Salt Lake City has other “biggests” as well. The Genealogical Society of Utah has the largest collection of genealogical material in the world. The Great Salt Lake is the world’s second largest saltwater lake. Delta Airline’s third largest hub is here, too. AgReserves, the largest producer of nuts in America, has its headquarters in Salt Lake City. Even Salt Lake Community College holds the distinction of being the largest community college system in the nation.

About 3.6 billion people will get a look at Salt Lake City—the largest city to host the winter games—for the first time in February. Physicians here already have gained a few take-aways: The $312 million TRAX light-rail service recently opened its leg from downtown to the University of Utah campus, giving staff there direct access to the city’s finest restaurants and amenities in six minutes. The international spotlight also means medical placement firm CompHealth anticipates the need to ramp up its temporary personnel for area facilities to handle the 70,000 extra people descending on the city for two weeks.

Physicians who visit the area—those with and without Olympic event tickets—will detect a  self-sufficient attitude among their colleagues. Salt Lake City is basically isolated. It takes five and a half driving hours to reach Las Vegas to the south or seven hours east to pull into Denver. That geography played a vital role in helping the U.S. Chamber of Commerce choose Salt Lake City as a case study on the collegial environment between the community and various hospital systems at its March 2001 summit meeting in Washington, DC.

Fortunately, the public perceives its health-care options as superior—with Larry G. Mankin, the president and CEO of the Salt Lake Chamber of Commerce, leading the pack. When Mankin’s wife was diagnosed with a brain tumor in 2000, the couple addressed the treatments in their own backyard. “When I lived in Michigan, people with life-threatening diseases said, ‘I’ve got to get to Mayo Clinic [in Rochester, Minn.],’” he points out. “They talked about Duke University and MD Anderson in Texas as the premier health-care spots. But in all the time I spent in the hospital recovery rooms here, I never heard people talk about leaving the city for top-notch medical attention.”

It takes a little more than a we’re-in-this-together mentality to attract physicians. According to its nationwide studies, relocating physicians weigh three priorities, says Don DeCamp, chief operating officer of CompHealth, headquartered in Salt Lake City: location, practice setting, and money, in that order.

As for outdoor activities, take Mankin’s day: Upon leaving his driveway, he can roll 900 yards down the mountain to a national forest, where 40 hiking trails tempt him. Every glimpse out his back window reveals the rolling beauty of the valley between the Wasatch and Oquirrh mountain ranges.

“For lifestyle, there’s really nothing better. I’m not saying that because I’m the head of the chamber,” he adds. “I say that because I came from Michigan, Wisconsin, Minnesota, Nebraska, South Dakota, and Ohio! They’re going to have trouble booting me out of here.”

Best familiarize yourself with the Cottonwood Canyons ski resort names now: Alta, Brighton, The Canyons, Deer Valley, Park City, Powder Mountain, Snowbasin, Snowbird, Solitude, and Sundance. These aren’t merely goldmedal venues to watch on television for Salt Lake City residents—they’re an afternoon downhill run. Unlike Colorado resorts, which Denver’s larger acreage pushes out to a farther distance, these worldclass slopes hug Salt Lake City—making them a 30-minute drive, DeCamp notes. “You can get off work as late as 6 pm and still ski,” he says. “I doubt that could
happen in Denver.” 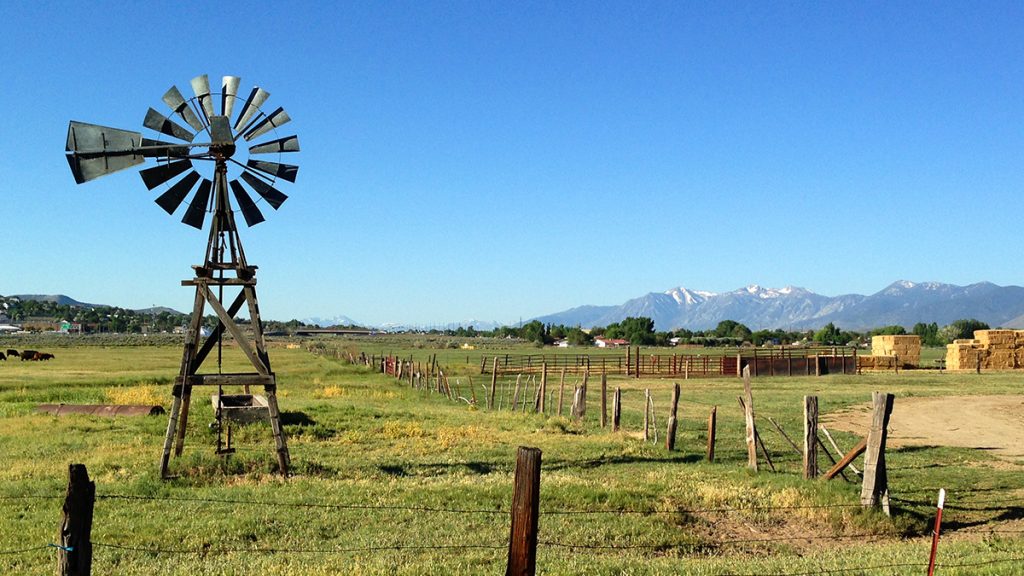