With its location near the bottom of a peninsula dangling from Florida’s west coast, it’s no surprise that St. Petersburg might claim a bit of identity with poet Samuel Coleridge Taylor’s ancient mariner, who saw “water, water everywhere.” The same is true about the state’s fifth largest city, but with the addition of another phrase: “Beaches, beaches everywhere.”

The beautiful beaches of St. Petersburg

Along a 35-mile stretch, beaches dot barrier islands, aka keys, doing double duty, if needed, as protectors from major storm damage. One, Clearwater Beach, is consistently noted as a top beach in the state. The island mix includes a surprising number of nature preserves and wildlife refuges, not to mention parks for human recreation.

In an interesting paradox, says Leroy Bridges at the visitors’ bureau, “Pinellas County is the most densely populated county in Florida, but it has more than 20,000 acres of parks and preserves.” He adds, “We’ve done a good job of carving out these sanctuaries.”

With its irresistible warm climate, seemingly endless sunshine and long shorelines with the finest of sands, the city continues to attract newcomers. The sun doesn’t let them down. In fact, current statistics note an average of 361 shiny days per year.

Today, St. Pete is in a phase that chamber of commerce CEO Chris Steinocher labels its creative renaissance. “It started with artists moving in and creating funky studios,” he says. Then it became a groundswell. The innovative strain now seems to be everywhere, with public art enhancing the streets, including more than 50 murals on buildings. There are dozens of art galleries, plus the spectacular Salvador Dali Museum. Dale Chihuly, the amazing glass artist, visited the city, was captivated and, for the first time, agreed to install a collection of his works in a new museum. The arts proliferation is nowhere more evident that at Grand Central, the arts and entertainment district two miles west of downtown.

Back on the city scene, five new craft breweries are adding to an employment scene that includes thousands of workers at companies headquartered in the area, including Home Shopping Network, direct marketing firm Valpak, and Jabil, which manufactures products for computer companies.

However, with the median age of residents now under 40, Bridges notes, “There’s no shortage of events and entertainment (in the area).”

City action notwithstanding, Altaf Anga, M.D., is a committed beach aficionado. “I wanted to get nice weather year round, so I could get outside,” is his explanation for moving to St. Petersburg. But it was a roundabout route, starting in his home country of India. He had finished 11th grade when he arrived in the Philadelphia area. His only knowledge of English was the alphabet. He persevered and finished his senior year, then went on to Temple University and to its medical school.

After five years as a hospitalist with Bryn Mawr Family Practice and somewhat influenced by family members in the St. Petersburg area, he headed south.

Recently relocated, he is now a member of the Bayfront Health Medical Group. The physician practice is owned by Bayfront Health St. Petersburg (BHSP), which is the flagship hospital of a network that includes six other hospitals along the Gulf Coast. Among Bayfront’s most notable services, reports spokesperson Sawsan Jaber, are its accredited Level IV Epilepsy Center, surgical grid capabilities, and its Wound Care and Hyperbarics Center. It is well known in the area for its helicopter services covering eighteen counties.

BHSP is conveniently located next door to All Children’s Hospital, an affiliate of Johns Hopkins Medicine.

Another player in the St. Petersburg health scene is BayCare Health System, with more than 200 access points in the Tampa Bay area.

In St. Petersburg, BayCare’s St. Anthony’s Hospital has served the community for 80 years, and, according to its web site, remains “one of the most technologically advanced medical facilities.” It has recently undergone more than $30 million of improvements, and has a new Emergency Center and Patient Care Tower. For more than 30 years, athletes have come together for the St. Anthony’s Triathlon. More than 3,000 competitors are expected this year.

Still a newcomer in the area, Anga has not had time for much recreational travel. But he, his wife and 7-year-old daughter have enjoyed Clearwater Beach. “It’s beautiful,” he says. “My plan is to explore all the beaches.” He’s also a bicyclist, but hasn’t gotten into boating yet. He adds: “The weekend is mostly a fun time, and, so far, we’ve been to Orlando (about 100 miles east) three or four times.”

As for his current livelihood, he’s pleased that his employer is “one of the best. When I came for the interview I didn’t feel any pressure, and now everybody has been nice and welcoming.” 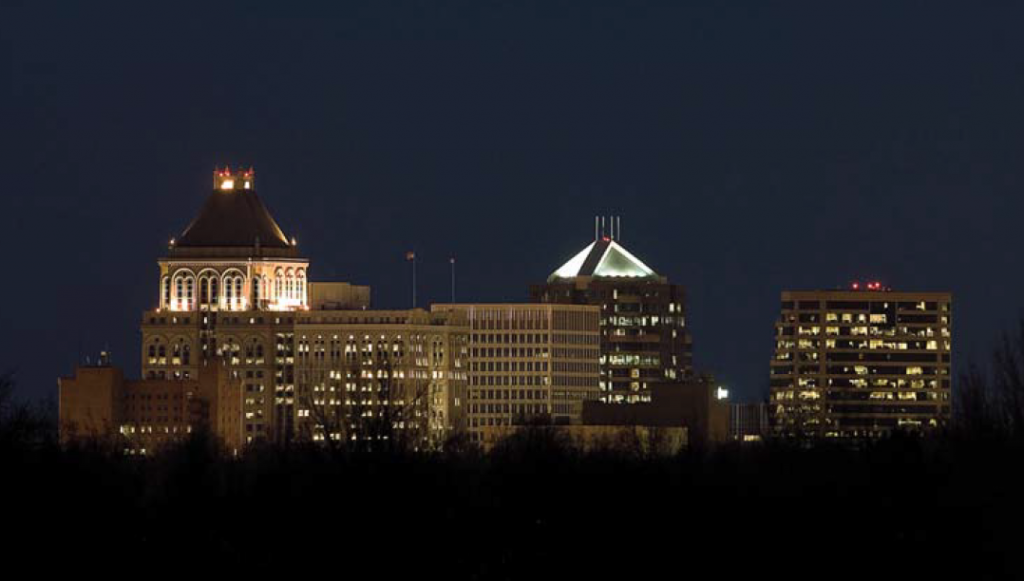