Natives make the most shocking claims about Baltimore, Maryland.

“Having grown up in the Washington suburbs, which are now crazy with traffic, I actually find Baltimore refreshing,” says Dana Simpler, M.D. “It’s so easy to get around the city in terms of a very short rush hour.”

“This is a place where physicians relatively early in their career aren’t confronted with the really high cost of living you find in other large metropolitan areas,” adds Alison Brown, the senior vice president for business development at the University of Maryland Medical Center. “You won’t start out with a million-dollar mortgage and medical school debt.”

She also describes the city as a “small town with a multi-cultural nature.” And despite listings for 21 hospitals in the Yellow Pages, the U.S. Public Health Service designates several pockets of Baltimore as medically underserved. These pleasant contradictions bode well for doctors eyeing an East Coast lifestyle.

Of course, the Charm City relishes a long history of standing out: It’s the birthplace of the Star Spangled Banner. First city to light its streets with hydrogen gas. Home of the first steam boating company in the country and the world’s first telegraph line, a line set up in-between Baltimore and Washington, DC. Here a candy factory became the first to produce licorice and Johns Hopkins University rolled out saccharin as early as 1879. Baltimore boasts the first American Humane Society, the first public library to offer branches, the first municipal orchestra supported by public funds, and the first baseball player named Most Valuable Player in both leagues. Baltimorean Thurgood Marshall became the first African-American to serve on the U.S. Supreme Court.

Physicians recognize Baltimore as the backyard for heavyweights like National Institutes of Health (NIH) and the Food and Drug Administration—names the Maryland Department of Business and Economic Development credits for drawing biotech and life sciences companies to the business base. Currently, Baltimore stands as a major competitor to Silicon Valley, with 40 percent of the state department of business and economic development’s budget allocated to helping grow the computer technology industry.

So it’s not surprising Maryland offers a unique rate-setting system for its hospitals, too. In the mid 1970s, the state legislature won a waiver from the federal government’s DRG-based system in favor of its own rate-setting conditions. A commission establishes a fee for each hospital’s procedures, and all payers—including Medicare and Medicaid—pay that price. Commissioners also factor in uncompensated care to the tune of $500 million dollars annually, which neatly avoids patient dumping. The average uninsured rate for Maryland residents hovers at 10.4 percent, with adults between ages 19 and 29 at the highest risk of being uninsured (29 percent) and the poor and near poor far above the uninsured average at 38 and 23 percents, according to the Maryland Health Care Commission.

Four other states have tested this route with Medicare waivers, but according to Nancy Fiedler, the senior vice president for communications for the Maryland Hospital Association, they chose prescriptive policies that crashed. Maryland’s regulation merely states rates must be “affordable, accessible, and serve citizens”—a goal that allows the regulators to change with the times. Maryland’s legislature also shores up the total package with a comprehensive patient bill of rights.

The results: The need to form large hospital systems to stand toe-to-toe with the insurance conglomerates passed over Maryland. Mergers here typically involve two hospitals combining because of similar philosophies—a slower, more thoughtful process that truly integrates the partners. What’s more, thirdparty payers only have prompt pay as a tool to wring out discounts. “The positive impact spills over to doctors,” says Fiedler. “We don’t have a huge focus on discounting for anyone in this state.”

However, the rate setting system model can sometimes separate a doctor’s and hospital’s goals for patient care, admits Ira Fedder, PharmD, MD, an orthopaedic surgeon with Orthopaedic Associates. “They collide instead of parallel,” he explains. “It’s not all the time, but it is a reoccurring theme.” Nor can the hospitals be as responsive in a budget crunch, Fiedler adds.

The Maryland Health Care Commission also fingers the rate-setting regulations’ incentives as a contributor to rising hospital outpatient spending. In 2000, outpatient spending spiraled upward 17.4 percent, compared to 7.9 percent the year before while the inpatient figures increased only 9.5 percent. “Because this system regulates unit prices, hospitals can generate additional revenue within regulatory constraints by delivering more intensive patient encounters,” the commission writes in its latest report. “The state also constrains the average cost of inpatient hospital stays to counteract these incentives. However, no comparable mechanism exists for regulating the cost of outpatient visits. As hospitals have been increasingly pressed on inpatient services, some observers believe that they have become more aggressive in generating revenue from outpatient sources.” 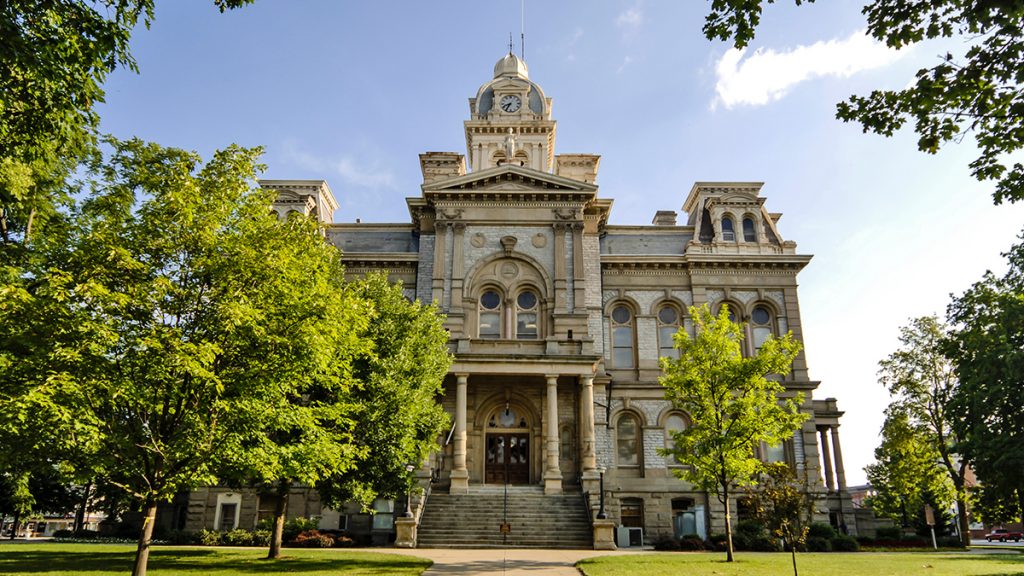