Frustration with non-clinical aspects of medicine

“Give the practice of medicine back to the physician.”

“Eliminate the hassles of getting reimbursed for an honest day’s work.”

“Free medicine of the stranglehold that the insurance industry has on reimbursement and practice styles.”

These are just a few of the more-than-2,000 open-ended comments we received in summer 2007 when we asked physicians what one thing they would change about practicing medicine if given the chance.

Frustration with non-clinical aspects of medicine

Out of almost 2,400 physicians responding to LocumTenens.com’s 2007 national survey, only 3 percent said they were not frustrated by nonclinical aspects of practicing medicine. The remaining respondents identified with a list of possible frustrations as follows:

A comparison of our last two year’s physician survey results indicates an increasing level of frustration among physicians, since 6 percent of the more than 2,800 physicians responding to the same question in 2006 said they were not frustrated by nonclinical aspects of practicing medicine. That comparison also suggests that reimbursement is a growing concern, with 29 percent of 2007 respondents indicating reimbursement was what frustrated them most about practicing medicine today, compared to 22 percent of 2006 respondents.

[It was a close call, but Congress recently staved off a 10.6 percent reduction in payments to physicians who treat Medicare patients by overriding a presidential veto of legislation to delay the cut for 18 months.]

Contrast the increasing level of physician frustration with a sample of physicians’ survey responses regarding what they like most about practicing medicine:

“The people-to-people interaction and the thrill of the diagnosis and treatment thereof.”

“Getting to know the patients and finding an interesting disorder that would otherwise have been missed.”

“The challenge of solving problems for people. I can actually see that I am making a difference in the community.”

“I like to solve the puzzle and make people feel better. I enjoy the teaching part.”

“Being given the privilege of providing a highly skilled and rewarding service to those in need of medical attention.”

It’s evident that their frustration lies primarily with the “business” of practicing medicine, not with actual patient care.

In a recent essay published online by the New York Times, Sandeep Jauhar, MD, described a conversation with a fellow cardiologist that began with the latter’s saying, “I love being a doctor but I hate practicing medicine.” To illustrate his contention that his work was never done, the colleague pointed to the stack of five large manila packages on his office shelf that represented reports he still had to finish that day. “As a physician, I could empathize. I too often feel overwhelmed with paperwork,” Jauhar said. “But my friend’s discontent seemed to run much deeper than that. Unfortunately, he is not alone. I have been hearing physician colleagues voice a level of dissatisfaction with medical practice that is alarming.”

Almost 60 percent of the 1,250 physicians responding to a 2006 survey from the American College of Physician Executives said they had considered leaving medical practice over discouragement with the state of U.S. healthcare. Nearly 70 percent of survey respondents said they knew at least one physician who had done so already. The top five contributing factors cited by survey respondents were:

With events like these as a backdrop, the suggestion that a significant portion of U.S. physicians anticipates even greater frustration from universal healthcare is hardly surprising.

Among the 17% of physician survey respondents who provided an “other” answer to the question of what they’d do if universal healthcare is implemented were some who said it would depend on how universal coverage is structured. Three percent said they’d adapt their practices or practice less than they do today, 3 percent said they were not sure what they would do, and 1 percent said they would stop accepting insurance and go to a fee-for-service reimbursement model.

Data from government sources, the American Medical Association (AMA), the Council of Graduate Medical Education (COGME), and physician specialty associations indicate there has been a growing “silent shortage” of physicians in a number of specialties for the past few decades.

U.S. medical schools have trained an average of 15,500 physicians a year since 1980, according to the Department of Health and Human Services. In a June 2006 report the Association of American Medical Colleges (AAMC) called for a 30 percent increase in accredited medical school enrollment by 2015.

In an October 2006 report entitled “Physician Supply and Demand: Projections to 2020,” the U.S. Health Resources and Services Administration projected a shortfall of 55,100 physicians in 2020, primarily among non-primary-care specialties. A year earlier the Council of Graduate Medical Education had released a report predicting a shortage of roughly 85,000 physicians by 2020, caused in part by our aging U.S. population.

According to the June 2007 issue of Managed Care magazine, “The American Academy of Family Physicians last year recommended that to meet the need for primary care physicians in 2020, the United States would have to train 3,725 family physicians and 714 osteopathic physicians annually, with an overall goal of a 39 percent increase in family physicians. The American College of Physicians, which represents internists, supports the call for training more doctors but has not issued specific recommendations for increasing the number of internists.”

Juxtaposed with these figures, our research results raise some interesting questions about the future of medical practice. Will the healthcare policies of the new administration exacerbate an already noticeable shortage of physicians across the nation? What incentive will there be for future generations to pursue medical degrees? And what’s going to encourage those legally qualified to practice medicine to pursue patient care?

In what Wall Street Journal “Health” blogger Jacob Goldstein called a “zeitgeist,” a July 21 New York Times story chronicles how a Richmond, Virginia nephrologist, Arnold Kim, MD, this month quit practicing medicine to focus on his MacRumors blog full-time. The hobby he picked up eight years ago while getting his $200,000 medical education reportedly now attracts 4.4 million visitors and 40 million page views per month. While Kim says each occupation earns him a six-figure income, he gets to work from home and enjoy time with his 14-month-old daughter as a blogger.

A founding partner of Georgia-based LocumTenens.com, Pamela McKemie has worked in physician recruitment for more than 15 years. 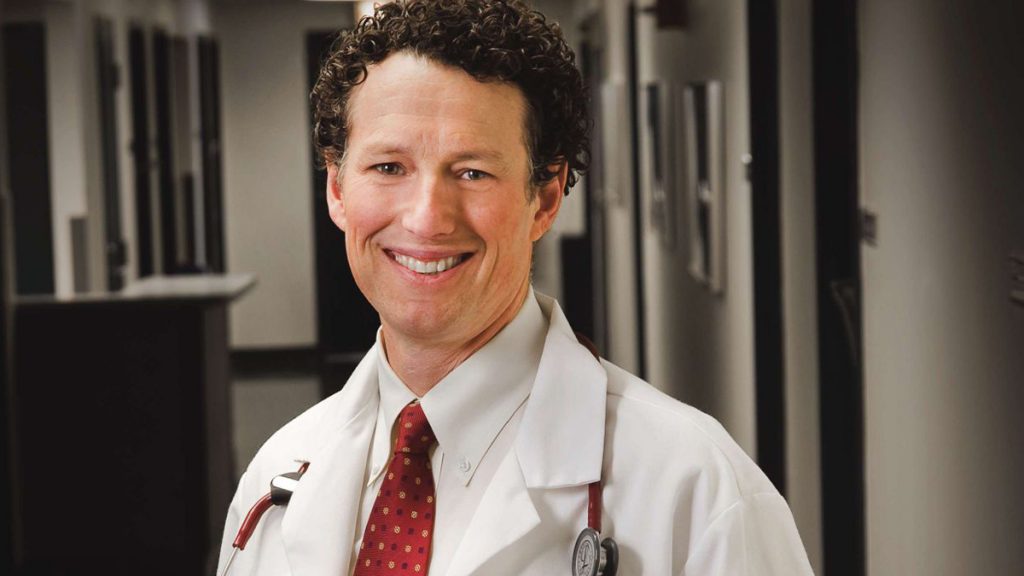