Much has been made of the aging workforce and the difference in values and attitudes exhibited by younger workers entering the market—whom even the business community now refers to as “Generation X” and “Generation Y” (Gen X & Y). With people not only working—but living—longer, and as we shift from a manufacturing based economy to a service economy, the healthcare industry has grown tremendously. As the healthcare industry expands, the demand for physicians has expanded as well; however, the availability of physicians has not kept pace. The result is a nationwide physician shortage.

There are several factors contributing to the growing shortage. An aging population, rising practice expenses, and an increase in the number of physicians who want a more flexible work schedule to meet the demands of family are all factors contributing to the shortage. Perhaps one of the most alarming statistics is the fact that, throughout the United States, there are an estimated 340,000 physicians who are about to start large-scale retirement beginning in 2010. Patient demographics are also changing in the United States; as the large block of baby boomers are aging, there is an increase in the demand for medical services. Physician demand is measured by the number of practicing physicians per 100,000 patients. It is estimated that by the year 2020, the population in the United States will have grown to 335 million, leaving a shortage of 200,000 physicians to care for them.

The ability to recruit young physicians has become paramount to the success of any healthcare entity. Many health care entities report that it is increasingly difficult to attract and retain new physicians. Add technological advancements in medicine to the mix, along with the fact that Gen X & Y are a powerful segment of the workforce (combining for a demographic of 120 million people), and one can begin to see the importance of successfully recruiting young physicians.

Gen X & Y physicians may be somewhat different in their expectations, but they do share some common ground. Both groups are technologically savvy and expect technology to be well utilized in the practice of medicine. They often value personal fulfillment over monetary rewards, seeking a casual work environment and an attractive work/life balance. Unlike the generations before them, they desire personal attention on the job, are interactive, and demand immediate feedback. They seek out creative challenges, view colleagues as fountains of knowledge, and seek opportunities to lead. They’re ambitious, and demand and question everything. If there is not a valid reason for them to go above and beyond what would normally be expected, then do not expect them to do it. These changing values have greatly affected the way medicine is practiced. A colleague of mine recently noted that older surgeons, for example, used to understand that taking call on post-operative patients was a part of the job. Physicians today think differently. They prefer to not take call at all; if they are required to, they expect extra compensation for it.

The old rules of recruiting no longer apply when attempting to attract Gen X & Y physicians as their loyalties are divided. Young physicians today have many more options in the job market. The looming physician shortage gives them increased leverage in terms of benefits and work environment. Money, lifestyle issues, and a concern about how care is provided are all part of the equation when recruiting young physicians today.

While recently conducting research on this topic, I surveyed my colleagues who are in-house physician recruiters. Of the 40 who responded to the survey, 82 percent acknowledged that they have recently presented to decision makers, formally or informally, the need to adjust recruiting practices due to changing expectations and values of Gen X & Y. One anonymous respondent stated, “I’ve tried to convince upper management that we need to change the way we do recruiting now and in the future. Most of them believe it is still the same as it was 15 or 20 years ago.” Another said, “…it’s been a tough sell. Decision makers are rooted in ‘old school’ medicine and are not at all in tune with the need for flexible hours, FTE, benefits, etc…. we’ve lost candidates due to [decision makers’] unwillingness to recognize more demand for employment and life balance.” Another added, “I don’t believe that our hospitals have adjusted, but I believe as they struggle they will have to.”

Seventy-four percent acknowledged increased difficulty in attracting and retaining Gen X & Y physicians with one recruiter commenting, “…some of them do think they are coming to a Greys Anatomy-type setting… too much TV?” One colleague noted, “…younger docs want more personal time but they don’t want half time income; they graduate with a lot of debt and have serious financial needs and expectations.”

Seventy-four percent admitted adjusting sourcing methods within the last five years while only 45 percent of those same respondents acknowledged adjusting benefit offerings in that same time frame in an attempt to retain young physicians. While it seems that physician recruiters are very quick to adjust sourcing methods and modify how they do their jobs, making changes in incentive offerings and benefits in order to make the hire of Gen X & Y physicians once they are recruited is another story. Ninety-seven percent of the respondents to the survey stated that they offer signing bonuses; however, most of them expressed frustration that administrators are reluctant to offer inducements that would make a difference in landing younger docs such as tuition reimbursement or home loan assistance. One recruiter quipped, “Our Board will not allow us to offer tuition reimbursement or home loan assistance. Maybe when they show up in an ER and need a neurosurgeon, and there aren’t any on call, they might begin to reconsider the need to be more creative.”

The desire of young physicians for a better work/life balance has greatly affected recruiting in rural areas. Because rural areas may have call groups ranging from 1:2 to 1:6, this makes them unattractive to new physicians. Older physicians are jumping on the bandwagon and saying, “Hey wait a minute, the new physicians are demanding this new quality of life; we want it, too.” But this leaves the hospital, especially a smaller hospital, with no one to cover their ER call and adds to the difficulty in attracting physicians to the already underserved population. Rural recruitment, always a daunting task, is becoming more difficult given these new expectations as well as several other factors that are a new trend. Many are marrying professionals that require a true metropolitan area to work in. This leaves the rural areas lacking appeal because not many rural areas are within 20 minutes of a major metro area.

Many physicians are looking for the quality of life of a small town, but aren’t willing to trade the amenities and job opportunities afforded by a metro area.

The way young physicians are trained and the expectations resulting from their training are also having an impact. Many physicians are now trained to have specialist support on site at all times. Many rural areas must transfer or use a visiting specialist. The new primary care physicians do not want to treat or even manage a complex condition: this scenario is not attractive to the new resident physicians.

The mentality of younger physicians should be having a larger impact on the types of incentives given to hire and retain them. Retention mechanisms built into benefit packages have not changed as much as one would think. Decision makers are still older and do not share the same value system as younger docs. They are resistant to change, especially when the types of changes needed are normally a matter of policy, are large scale, and are very expensive.

The bottom line is that we all need to adjust our thinking in order to recruit and retain younger physicians. It is easy to see why young physicians are a bit misunderstood. Physicians who graduated training in the mid ’80s carried a loan debt of approximately $25K while today’s physicians’ loan debt on average is greater than $100K. Conversely, the lifestyle and status afforded to physicians has not increased proportionally and a physician’s income is no longer necessarily commensurate with the level of responsibility that comes with the job. Many physicians have watched their classmates who go into law or engineering achieve high income and social status long before medical training is completed. The shift in values has caused many to resent the fact that when time is a commodity, young physicians are often categorized with their peer group as having a lack of work ethic. I would argue that a young person who possesses the intellect and resources to put themselves through 12 years or more of higher education knows full well that there are quicker paths to wealth and status—yet they are drawn to medicine because they are, in fact, servant leaders.

Donald Prince is a Certified Medical Staff Recruiter for the Ohio Permanente Medical Group, Inc. in Cleveland, Ohio. He has worked in professional recruitment for 17 years.

The comments in Remarks are solely those of the author and may or may not be shared by Unique Opportunities or its advertisers. 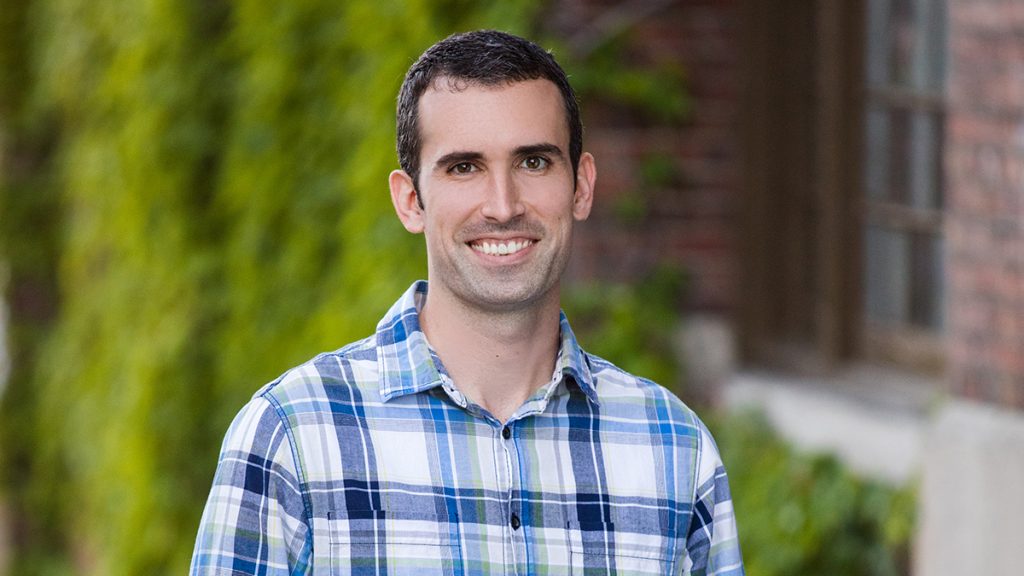 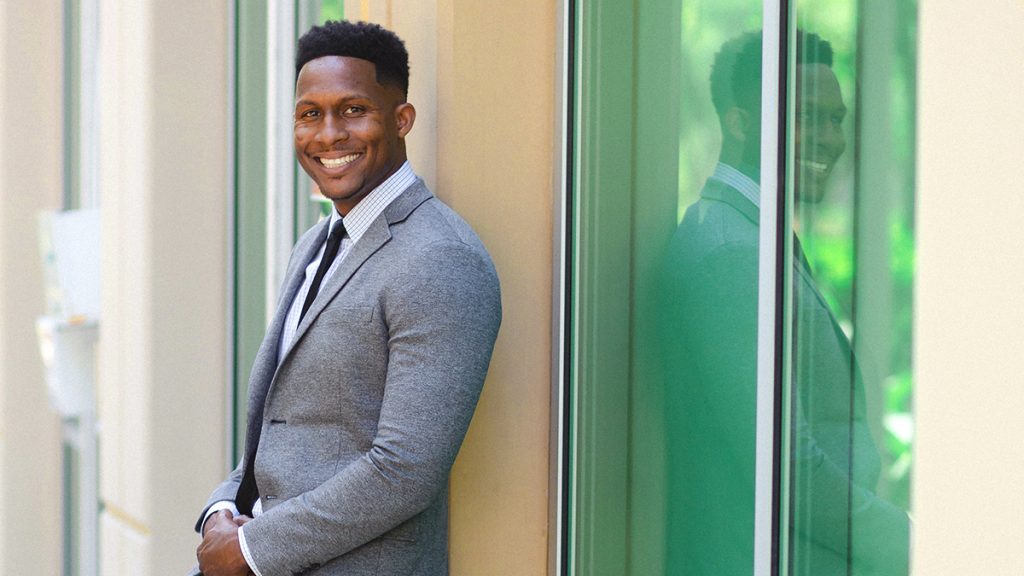 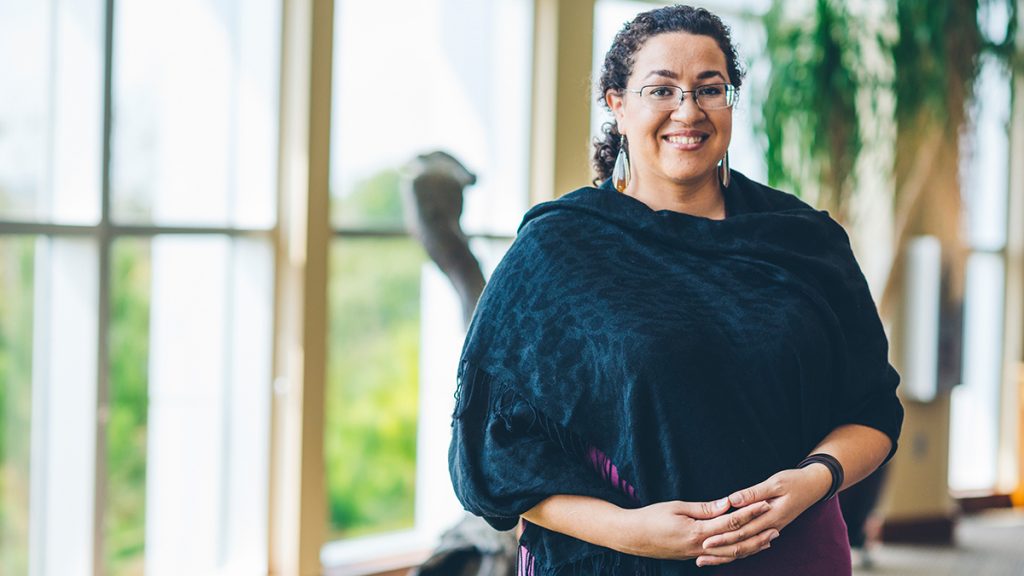