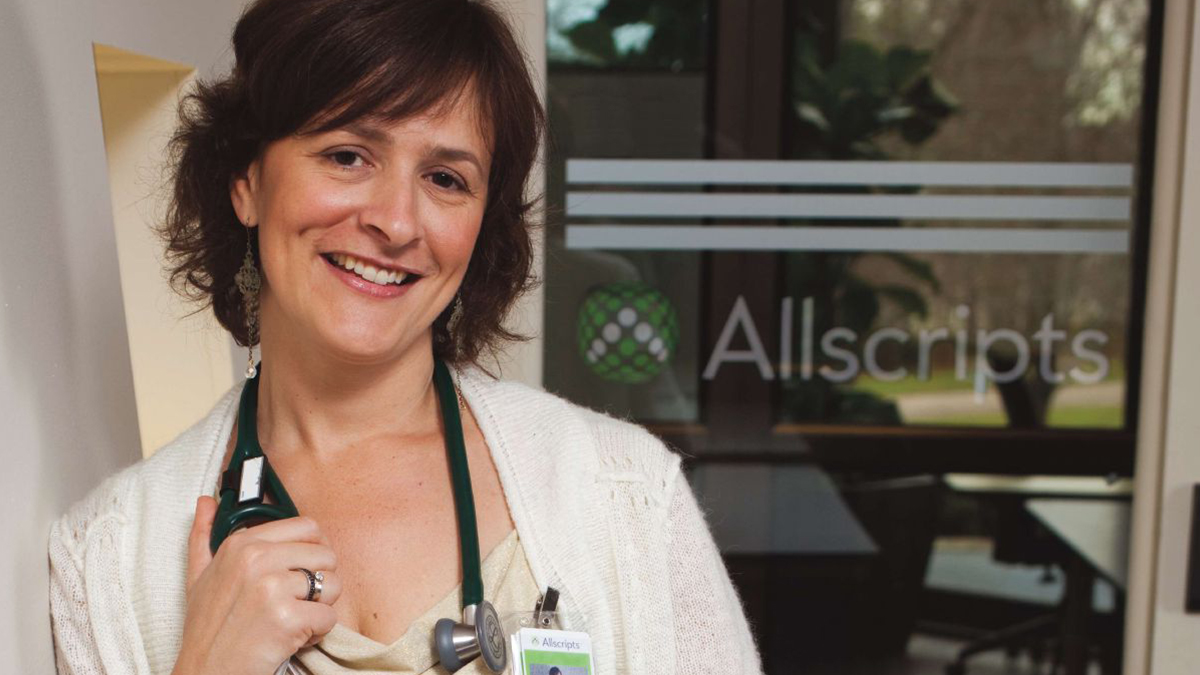 Is your CV helping you?

Lanny Turner, M.D., knew he had a CV problem when, after years of practicing emergency medicine, he realized his physician CV looked “like a rap sheet.” “I had updated my CV three years before,” he says. “But it was an uninteresting collection of credentials. I knew I needed to reboot.”

It mattered because Turner was considering branching out in his career, switching from emergency medicine, where he’d practiced in St. Louis hospitals, to a career in private industry.

Thus began a “fairly painful” process of revamping his CV. During this process, Turner worked with a career coach who kept pushing him to expand his view of a CV beyond a simple list of credentials and qualifications.

“He would keep sending it back to me and say, ‘What are your competencies and why? Tell me the most important and valuable things you’ve learned,’” Turner says.

At the end of this process, Turner had transformed his clinical CV into a tightly focused two-page document that told a story beyond his hours in the emergency room or classroom. It provided a narrative of his career, including challenges met and overcome, leadership positions, and the kinds of skills that are hard to include in a list of academic and professional certifications.

With his new document in place, Turner hopes to complete his transition from emergency room doc to consultant for medical venture capital firms.

Yes, going into private industry from a clinical career changes everything—including how you format your CV and what you include in it. But it doesn’t require a career shift to trigger a CV overhaul.

For example, if you’re looking for a new clinical practice, don’t feel pressured to provide a 30-page CV that includes every article you’ve ever published or CME course you’ve ever attended. Instead, consider a document that highlights your accomplishments in just a few pages.

A short document that highlights your accomplishments? That sounds more like a résumé than a CV—and that’s OK.

If a recruiter representing a clinical opportunity asks you for a CV, they’re probably talking about your two-page document—not your 30-pager. (Note, however, that academic positions still prefer a traditional long-form CV.)

In the old days, physicians scoffed at the idea of a simple résumé—those pithy two-page documents were the province of business school grads and marketing executives. Instead, physicians prided themselves on weighty CVs, or curriculum vitae.

In Latin, curriculum vitae stands for “course of life,” which is an apt description for what CVs were meant to do. They led readers through a professional life in fine detail, often beginning with schooling before moving onto residency and fellowship, then clinical positions. Typical CVs also include a list of authored or co-authored publications in peer-reviewed journals and textbook chapters, as well as memberships in professional organizations and even cultural and volunteer organizations.

In short, the traditional CV was meant to be a single-source list of your credentials and history. This document was meant to be read by other physicians—most likely the hiring physicians who owned the private practices where most doctors practiced.

A résumé is typically much shorter than a CV, usually no more than a few pages. And résumés aren’t typically organized around credentials and lists of professional achievements. Instead, they are organized around accomplishments and competencies.

The key is to target your document to the job.

When physician Rebecca Winokur, M.D., completed her fellowship in 2004, she went ahead and wrote out the traditional CV that contained “every piece of education, every paper I’d ever contributed to, and everything medically related I’d ever done.”

Now, after a few years in practice, Winokur just finished revamping her CV—although, she says of her recent overhaul: “I was not writing a CV. I was writing a résumé.”

“It was actually fun to write mine,” says Winokur, who used her résumé to land a job in private industry while still practicing part time. “I put an identifying statement in the beginning, so I got to ask where I wanted to be in 20 years and who I was as a person. After I figured out that part, it was easy.”

It helps to keep the purpose of the document in mind. A CV will not land you a job—rather, its sole purpose is to land an interview.

“Multiple people will be reading it,” says Edward McEachern, vice president of marketing at Jackson & Coker, a physician placement firm. “You’ll maybe have a recruiter reading it, either in-house or at an agency. They’ll narrow it down to three or four candidates. Then it will be [another] professional looking at it, and they’ll narrow it down to one or two candidates for a phone interview.”

In general, CVs are much longer than résumés—they typically include every academic and professional certification and title, plus a list of publications. For very prolific physicians and academics, this can easily amount to dozens of pages.

“I don’t think anybody needs to be fixated on short résumés or CVs,” says Francine Gaillour, M.D., MBA, executive director of the Physician Coaching Institute in Bellevue, Wash. “The format I recommend is to use four bullet points as a summary of achievements.Use two lines for each phrase, so someone can look at that and see what that physician is all about. Then a list of accomplishments.”

“Fundamentally, it’s about marketing,” says Philippa Kennealy, M.D., MPH, president of The Entrepreneurial MD in Los Angeles. “It’s about asking, ‘What can I do for you?’ Spend time thinking about what they want and what you can do for them.” This means carefully parsing the job description, then crafting a document to fit it.

“A job description is the organization’s wish list of the perfect candidate,” Kennealy says. “Then you organize your résumé to highlight the qualities you have that match their wish list.”

What to do when your CV is “thin”

One of the great challenges of starting any career is finding a way to milk the most from your relatively thin professional record. Younger physicians are no exception—beyond a residency or fellowship and maybe a few years of clinical experience, what else can you do to fill out your CV?

The key is to emphasize your accomplishments, rather than highlight your relative lack of credentials.

“A lot of younger doctors say, ‘I haven’t done all that much. I just see patients,’” says Robert F. Priddy, president of third_Evolution, a physician coaching and career management firm in Denver.

“Physicians are used to seeing their accomplishments as things they do in solo, in the surgery or examination room. But I encourage them to write down everything they’ve done and look for the accomplishments and competencies. How many programs did you do? How many grand rounds did you do? Were you chief resident? Did you help develop a study that helped patient management?”

Once you’ve developed a list of these competencies, Gaillour says you should include them all. “I always encourage physicians to include additional training,” she says. “It’s an easy way to differentiate yourself, even for young physicians who are in a clinical setting.” In an ideal world, this positioning begins long before you graduate from your residency.

“The majority of doctors are working in hospitals, which are self-governing bodies that have their own committees and bodies,” Kennealy says. “Young doctors should volunteer for these committees and someday maybe lead those committees. The central proposition is to be looking ahead, lift your head up and look to the future.”

Just as the Internet is affecting every other facet of medicine, it’s also changing the way employees and employers connect. Social media sites such as LinkedIn provide professionals with networking opportunities and a way to reach like-minded professionals.

When you’re job-hunting in today’s world, it’s safe to assume that any serious prospect is going to Google your name at some point. Unless you have a private website, it’s likely that your LinkedIn and Facebook profiles will be the first things that pop up. As a result, it’s a good idea to view your LinkedIn public profile as an extension of your résumé—and to make sure you have the appropriate privacy settings in place on your Facebook page and other social media.

In fact, it’s probably a good idea to pay attention to your total online presence before sending out too many CVs.

“It’s hugely important to be aware of your electronic impression,” Kennealy says. “The younger generation is really [comfortable] with the online world. They’ve been sharing their stories for so long, and once something is on the Internet, it never goes away.”

To prevent possibly embarrassing situations, it’s a good idea to Google yourself before prospective employers have the chance. See what pops up—and if any potentially embarrassing moments from your undergraduate days are public, see if it’s possible to “scrub” your Internet history a bit.

Best to follow Kennealy’s advice: “Only put stuff out there that you’d want on the front page of The New York Times.” 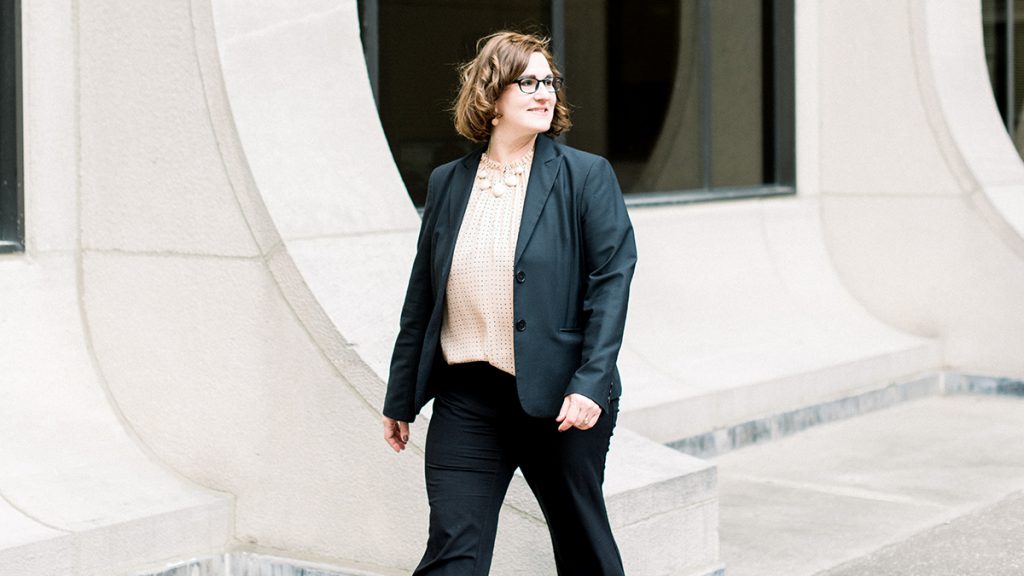 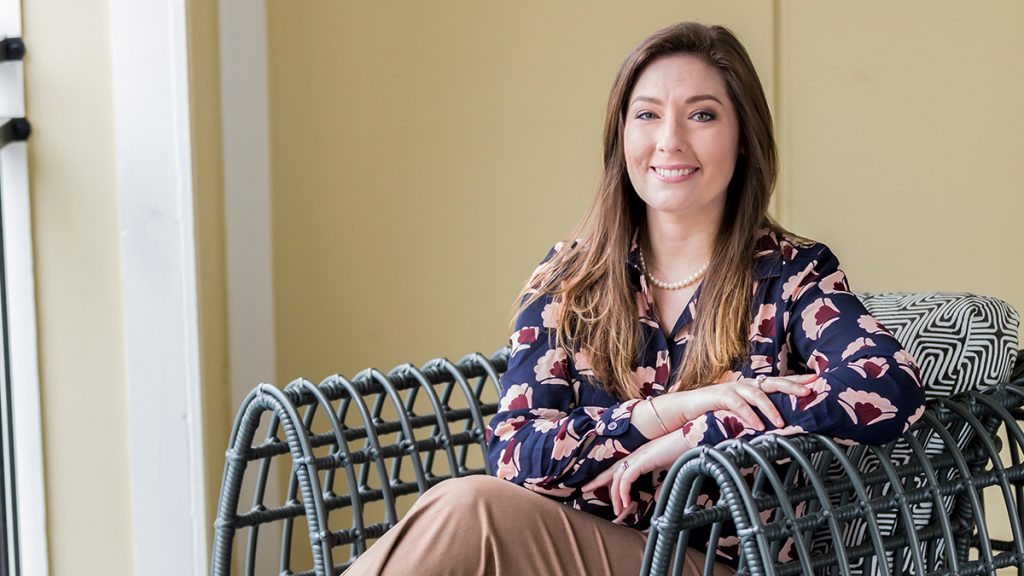 CV prep Is your CV working?