A funny thing happened to internist Craig Concannon, M.D., on his way to a new job after finishing his residency at the University of Kansas Affiliated Hospitals in Wichita, Kansas.

Concannon and his wife, Susan, had done a brief search in the Southwest but had returned to Salina, Kansas—her hometown—to continue the quest, he says, “when we got word they were looking for a guy up here (in Beloit).”

They drove the hour northwest to the town on a Sunday morning. His conclusion: “It’s just a pleasant atmosphere, and we knew pretty much when we left just where we were coming.”

Now, 28 years later, he’s sure he made the right decision. From the beginning, the medical group, Beloit Medical Center, P.A., “was very well capable of handling the issues that I wanted to deal with,” he says. “It was important that they had a nice ICU and that they had a surgeon here. Those two things made the decision pretty easy.”

Concannon has also been pleased by a “very supportive” community. “There’s nothing in the 28 years I’ve been here,” he says, “that they didn’t do if we needed it, and there was nothing we couldn’t achieve.”

Susan proceeded to plunge into civic volunteer work, which accelerated after their three children went on to pursue their own careers.

She led a campaign to restore an 1879 doctor’s home to be used as a Ronald McDonald-style hospitality house, helped raise impressive funds for hospital improvements and became a leader in campaigns to prevent wealth from leaving town. She’s currently serving a second term in the Kansas legislature.

Beloit is a member of the Sunflower Health Network, a group of 17 hospitals mostly located throughout North Central Kansas who collaborate on several different programs. One of those programs is Sunflower Careers, of which 15 of its member hospitals participate for provider recruitment.

The network programs and services include group health insurance, group contracts, clinical integration, education and group purchasing, as well as physician recruitment and retention. Other participating hospitals are located in Lyons, Ellsworth, Lincoln, Smith Center, Beloit and Clay Center, with populations ranging from 1,300 to 4,700.

In Lyons, Stacy Dashiell, M.D., who was born, raised and educated in Kansas, may be one of the state’s most energetic and dedicated physicians. Following four years of training at the University of Kansas Medical Center and residency at the Research Medical Center there, she’s in her fifth year at the Sterling Medical Center of Hospital District #1 of Rice County. The hospital itself, with 25 beds, is in Lyons. Sterling is one of two clinics. She and her partner alternate office work days in the clinic, but they’re on call full time throughout the county. She covers the ER at the hospital itself in Lyons one evening a week and is on call there one week each month. She also services nursing homes.

Her specialized OB training also comes in handy—each of her patients can be sure she’ll be there throughout their pregnancies and deliveries. Not only that, she adds, “When I’m on call, I am also the county coroner.”

Dashiell’s family includes a biological son and two adopted daughters, one from Vietnam and one from Ethiopia. She has a good story behind the first adoption: Her husband, Christian —now a chaplain at Sterling College where they met, but then a seminary student —tried out to be on the “Wheel of Fortune” show when its recruiters came to town. As a contestant, he won $35,000, which the couple promptly dedicated to adoption expenses.

Tender loving care, up-to-date hospitals and modernization could be keywords for all of these Kansas towns. Each has a distinctive history, plus a variety of recreational and leisure features. Ellsworth, for instance, became known as “The Wickedest Cattle Town in Kansas,” with shootouts, saloons, brothels and gambling halls. Wild Bill Hickok ran for sheriff and was defeated.

A welcome sign at Lincoln identifies it as a city “the size of a dime with the heart of a dollar.” It also has a mindset that doesn’t give up. Set on rolling hills overlooking the Saline River, Lincoln harks back to earlier days when trees were nonexistent on the prairie. (Cottonwood trees now abound.)

Limestone was the building material of necessity, creating a legacy today of strikingly beautiful public buildings and churches. Even now, one of Lincoln’s major industries is quartzite quarrying, but another dominant industry is the US Tower Corporation, which manufactures steel towers for commercial and government use.

Two full-time physicians are employed at the 14-bed Lincoln County Hospital. The city’s school system gets excellent marks, as do the downtown Lincoln Art Center, three other museums and several restaurants. To encourage more newcomers, one developer has been offering free homesites in a new subdivision.

Add to all of the above a short drive to Salina for shopping and entertainment. And, enhancing the Old West scene, are several managed buffalo herds, as well assorted wildlife roaming amid picturesque hillsides on surrounding land.

Clay Center identifies itself as “The City Beautiful” and proves it with a variety of parks and play areas, plus a recently opened pool—and a zoo. Adding to the ambiance are golf courses, a museum, leisure center for senior citizens and a variety of stores.

The current Clay Center Medical Center was built in 1963 but has been enlarged and redecorated three times since 1993. The medical staff now includes eight physicians, a PA-C, two APRNs and an independent family physician. The city’s schools are “progressive,” it boasts a community band and continuing growth in business and industry. The city also has a unique claim to fame: It sits at the exact midpoint between two giant centers of civilization—Los Angeles and New York City. The distance from each is 1,224 miles.

Smith Center, with 1,600 residents (3,000 in the county), has become a poster town for what happens when a few lively people go to work. “We have that 30-something age group that sees these rural towns dying and sees that it’s going to be up to them to restore life to them,” says Garoleen Wilson, the economic development director. And they’re doing it.

She cites a young entrepreneur who moved his family from Arizona, rented part of a recently renovated building and, thanks to computer technology, opened a national collection agency. Another returned to farm with his father and also became the county attorney. A third has organized the increasingly popular Meet in the Middle Bicycle Festival. Adding to the flavor are Sunday afternoon auctions that have become busier and busier.

In the meantime, a mainstay, Peterson Industries, continues to manufacture top-rated Excel Travel Trailers. The area is a magnet for turkey and whitetail deer hunters as well as bass and walleye fishermen. And the health mainstay is the 25-bed Smith County Memorial Hospital, with four physicians and four nurse practitioners.

Beloit, too, in the center of Kansas’ famed Smoky Hills, is one of the U.S.’ best pheasant hunting areas, but its outdoor assets also include nearby Waconda Lake and Glen Elder State Park, with fishing, camping and nature study opportunities. The area’s largest industry is agriculture, but its historic homes add to the city ambience, its schools have a reputation for excellence and it’s home to North Central Kansas Technical College. 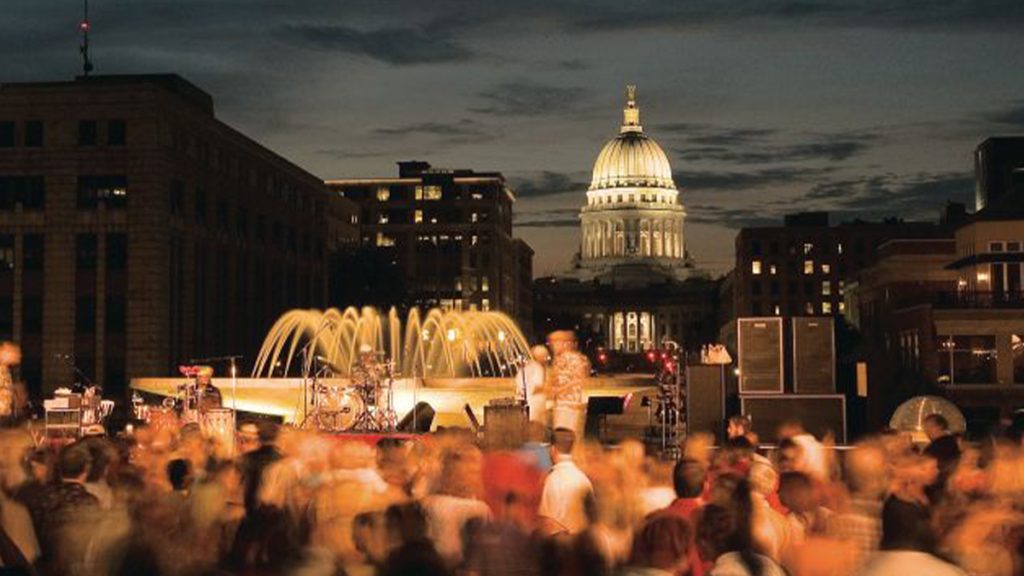