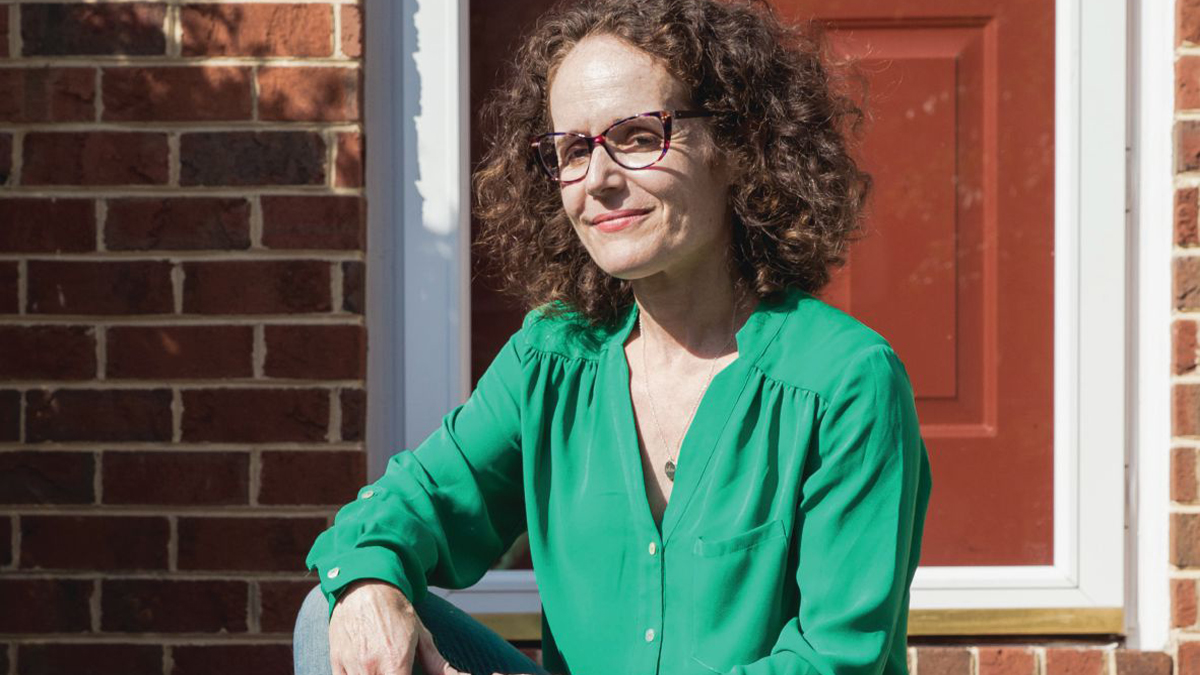 Part-time work: How to add or subtract from your workload

Increasingly, physicians are deciding that the traditional career journey is not what they want, or what they want right now, so they are looking to part-time work. They are making shifts, or 180-degree pivots in some cases, to design a life that better reflects what they want their days to consist of.

While the typical job search process may lead physicians to pursue full-time permanent positions immediately following residency, that is not the only job path available. In fact, Wendy Schofer, M.D., a pediatrician in Chesapeake, Virginia, realized fairly early in her career that a full-time role was not what she wanted long-term. She served in the U.s. military and, as part of that service, received her medical training followed by four years as a full-time physician in the Navy. 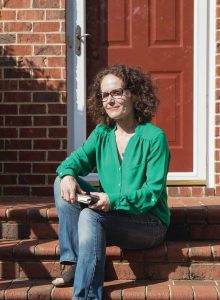 “During that time, I burned out,” she says. “I thought that I wasn’t good enough, smart enough, dedicated enough—all this baloney. I gave all of myself at work and then had nothing left over for my family when I got home. So, when I transitioned out of the Navy, I thought I wasn’t cut out for full-time work … I learned the hard way that that was not for me.”

Over time, Schofer came to see that her desire for schedule and career flexibility was not a reflection on her medical training or her performance. She realized that instead of the traditional full-time schedule, she needed a position “that would be flexible, that would accommodate a part-time schedule, because there was so much more of me than what fits into traditional full-time work.”

Instead, she decided to work “very part-time” by creating her own business. “Part-time medicine offers me the opportunity to love my job and create boundaries to keep the work at work, and still enjoy my life outside of work,” she says.

Of course, choosing a healthy lifestyle doesn’t necessarily mean a part-time schedule. “It means figuring out what works for you,” Schofer clarifies. For her, however, working less than a 40-hour week made space for all the other aspects of her life that were important.

Where Schofer opted to devote fewer hours during the week to working as a physician, Cristina Bardita, M.D., PhD, wanted a full-time workload, but with flexible hours. After finishing a fellowship in pulmonary critical care medicine at the University of Alabama in Birmingham in June 2020, Bardita decided to pursue a master’s in health care administration, also in Birmingham. The pulmonary critical care attending had become very interested in quality improvement, patient safety, hospital administration, and leadership, she says, and wanted to be able to practice medicine while continuing her education. 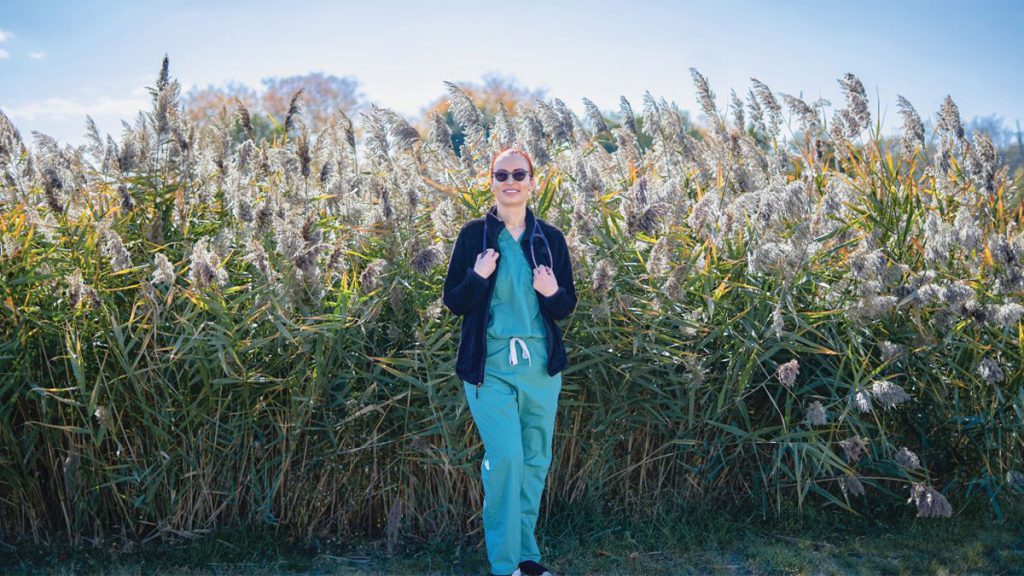 Working as a locum tenens physician through Staff Care, Bardita was able to earn a full-time income while also earning her degree. “Doing locums became very handy for me because it allowed me great flexibility while I was in the master’s program,” she says. Because her pulmonary critical care expertise “was in very high demand” during the pandemic, Bardita could travel wherever she was needed to earn a living and also be able to focus on projects or assignments related to school when she needed to, she says.

“The beauty of locum tenens is that you can make your own schedule,” Bardita explains. “You decide when, where, and how many shifts for a pulmonary critical care physician you want to take. It’s more shift-based, and we have the flexibility to decide that.”

She also explains that she can work with an agency or multiple agencies. In fact,“initially, I wouldn’t recommend just working with only one agent and one agency, because you don’t know if that’s the best fit for you,” she says. Instead, she recommends speaking with three or four agents from several locum tenens agencies to find the best match.

While Bardita found the flexibility of locum tenens to be perfect for scheduling work shifts around her courses and assignments, other physicians take locum tenens shifts to supplement their full-time jobs.

“Candidates are telling me they no longer want to have just one job,” says physician recruiter Therese Karsten, MBA, CMSR, CPRP, who is a Walmart Health  Virtual Care Senior Partner, Talent Acquisition. The decisions some health care organizations made throughout COVID to cancel contracts, freeze hiring or otherwise cut back on labor “ended up souring a lot of physicians on the traditional employer relationship,” Karsten observes.

That wasn’t true for everyone, however, she clarifies. Many physician “employers were wonderful and did everything to keep employed physicians whole… But others were devastated.”

In pursuit of more options than “putting all of their income eggs in one basket,” Karsten says some physicians decided that shift work, or working as an independent contractor, could be an add-on to a full-time or W-2 role. She says she increasingly sees physicians “stitching together a quilt of income, with some 1099 contract work and maybe one W-2 job.”For some physicians, that involves finding extra shifts, often for a different employer, to reduce their reliance on their full-time income. What has long been called moonlighting really refers to taking on work outside of or in addition to a full-time job.

Although the standard health care job has traditionally been full time, “physicians have always moonlighted,” says Karsten. However, the reasons behind the desire to moonlight frequently vary, she says.

Some physicians want or need more income, so they may take on extra shifts to boost their earnings. Other physicians might be interested “in a different kind of part-time job to balance out what they see during their workday,” she says, offering the example of a family medicine physician who typically sees geriatric patients by day and wants to maintain their full-spectrum capabilities, so they take a few shifts each month in an urgent care facility to keep skills with pediatric and adolescent patients fresh.

Whether your employer permits moonlighting often depends on the likelihood of diverting the employer’s current or potential patient base. Work involving telemedicine or administrative duties is more likely to be approved as long as the work “doesn’t involve contact with patients who might be switched from the bricks and mortar employer to the online platform,” Karsten says.

Sometimes the need for a change has less to do with hours or workload or income and more to do with purpose or fulfillment. Some physicians feel a calling to apply their skills and expertise in other parts of the country or world—in areas of high need, such as where there is a conflict, natural disaster, humanitarian crisis, or a pure lack of health care. They may opt to step away from their full-time job to serve with a mission-focused organization.

One organization that regularly provides a means for physicians to work in underserved communities is Doctors Without Borders (also known as Médecins Sans Frontières, or MSF) which is an independent and international medical humanitarian organization. As of 2021, the organization was in more than 70 countries with 63,000 staff members from 162 nationalities, reports Mark Farrell-Javits, an MSF-USA field human resources officer based in New York City.

Although the positions are termed “volunteer,” “international staff are compensated,” Farrell-Javits confirms, although the salary is less than physicians would make experience — hands-on clinical,” he says. Those with previous experience “in a low-resource setting, preferably another humanitarian context,” are highly desirable.

Given the need to temporarily step away from one’s existing employment agreement in order to perform humanitarian work, “we suggest that people are transparent and they start the conversations [about their desire to volunteer] early,” Farrell-Javits says, even during initial recruiting discussions. That way, you will know if taking time for medical humanitarian work is an option down the line with this particular employer.

Although the pandemic sparked a sudden increase in the use of telemedicine to keep health care staff and patients healthy, “The huge growth in telemedicine is partly because physicians don’t want to be bound to commuting to bricks and mortar anymore,” says Karsten.

Telemedicine is also appealing for physicians who have school-age children at home, because they can “work when the kids are in school,” Karsten says, “and they can work after the kids are in bed.” Being able to split a work day into two blocks of time enables physicians to be full-time parents before the kids go to school and then after they come home until they go to bed.

Not having to travel to get to work can free up hours in the day for other commitments or pursuits, which can change throughout a physician’s career.

Interest in non-traditional schedules or work opportunities often rises when physicians have young children, Karsten says. “Even before COVID, I started to hear from more women who were interested in constructing job-sharing positions,” with more and more employers considering such arrangements as a way to hold onto good providers during a time in their lives when they need to be more available to their children.

“Other times that people look to drop out of W-2, full-time income for a while is when a spouse or family member has a serious or terminal illness,” Karsten says, often because it’s hard to predict when someone will recover or pass away. In that case, they might transition from full-time to PRN work, or leave and pick up shifts sporadically.

Living through a divorce or other personal stressors can also be a reason to dial back your work. Karsten reports that she has seen physicians go through a divorce or death of a family member and decide to stop practice for a while to re-group and make a thoughtful decision about relocation or what comes next.

However, she cautions against taking too long a break from medicine entirely. Even if you are doing something medically related, such as writing a book or working on a software app, re-entry to practice can be tough if you have not been engaged in clinical care. A better approach could be to continue to work even part-time during demanding phases of life, so that you can protect your CV from the doubts that inevitably arise when recruiters see gaps in employment.

“Working something alternative for a little while gets you out of that immediate environment,” she explains. Locums assignments or part-time contract work can free up a lot of time for your personal needs, and nobody is going to pin down exactly how many hours you were working or exactly what your income was during that time period.

Whether you’re looking to work fewer hours, take time for a volunteer mission, or are looking to find ways to earn more money, adding or subtracting from your schedule is often possible. Karsten says that, “The only way to know for sure if you are contractually free to pursue an option is to open a discussion.” That might be with your attorney, or with your practice manager. And if your request does not compete with the employer, “it’s harder for a manager to justify a ‘no’ answer when a physician is trying to keep the full spectrum of skills sharp and the primary employer’s environment does not cover the full scope of the specialty,” she says. But the first step is speaking with your current or prospective employer about the changes you’d like to make to your work life. •