Physicians weigh in: Should patients be able to modify electronic health records?

Most physicians believe patients should be able to update their electronic health records, but patients should not have full access to the records, according to a new survey released in March.

The survey gathered responses from 3,700 doctors in eight countries including the United States, Canada and Australia.

More than two-thirds (eighty-one percent) of doctors said patients should be able to add certain updates such as new symptoms or blood pressure or blood glucose levels as well.

“Many physicians believe that patients should take an active role in managing their own health information because it fosters personal responsibility and ownership and enables both the patient and doctor to track progress outside scheduled appointments,” said Mark Knickrehm, global managing director of Accenture Health. “Several U.S. health systems have proven that the benefits outweigh the risks in allowing patients open access to their health records, and we expect this trend to continue.”

Forty-nine percent of surveyed doctors said that giving patients access to their records is crucial in providing effective care, but currently only 21 percent of those doctors allow patients online access.

The survey was conducted online and included 500 doctors per country and was conducted between November 2012 through December 2012. The doctors were surveyed in the following countries: Australia, Canada, England, France, Germany, Singapore, Spain, and the United States.

A recent study showed that nearly 40 percent of physicians would not recommend their current electronic health record systems, which may affect how they use their systems as well. 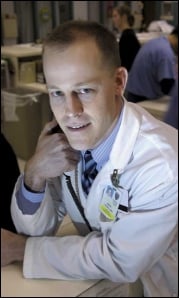 Leadership The New Generation of Leaders