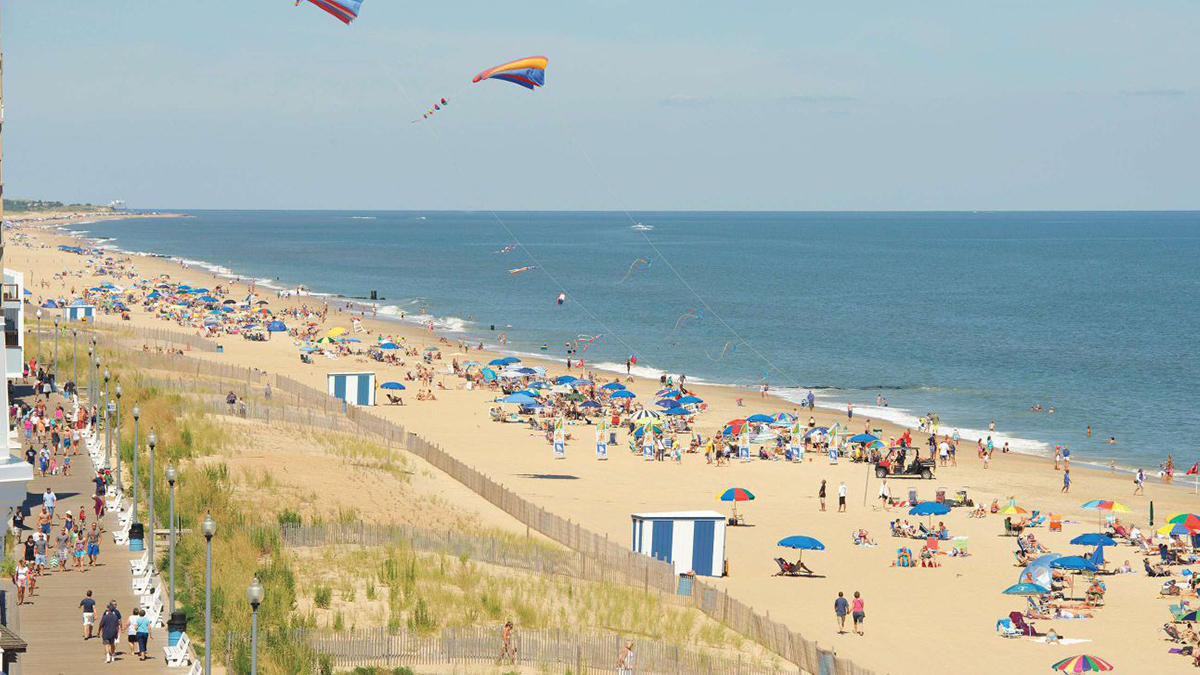 When Thomas Fantes, M.D., joined the U.S. Navy, he had no particular thought about an after-service life in the coastal city with one of the nation’s biggest maritime installations. But that’s how it worked out. This is his story.

From Peru to California

Fantes was born in Peru, but his family moved to northern New Jersey when he was 4. (At 6’4” and with light red hair, he jokes that he doesn’t look much like a Peruvian.) While studying economics at the then Rutgers College, he decided that medicine would be his life. The promise of government-financed tuition led him to join the Navy. After graduation from New Jersey Medical School, he went on active duty, incorporating internship and residency—and tours of duty in the Middle East and Japan.

After four final years at Naval Station Newport, Fantes and his wife, who was following the same path and is also a physician, was ready for civilian practice. After private practice, followed by ER and community medicine, he decided to settle into a hospital-related environment. “We got out and looked around at a bunch of different places,” he says. “And we thought, ‘You know, (Newport) is pretty nice.’” For them, it still is.

He’s now the medical director of Newport Hospital’s Vanderbilt Wound Center, as well as of the Newport Health Care Corporation, a physician group affiliated with the hospital. The hospital itself is a member of Lifespan.

The city of Newport is probably best known for its huge luxury mansions, labeled vacation “cottages” by the super-wealthy industrialists, mining magnates and southern planters who built them during the Gilded Age of the late 1800s. But that crowd was preceded by a fledgling U.S Navy complex during the Revolutionary War. During the Civil War, it was briefly home to the U.S. Naval Academy, moved from Annapolis to save it from Confederate hands. In World War II, 80 percent of American torpedoes were manufactured in the area, the largest single industry ever operated in Rhode Island. Today, the site is best known for its Naval War College and officer training school, as well as its large Naval Undersea Warfare Center.

A number of Newport’s magnificent “cottages” and early Colonial homes are now visitor attractions, in addition to other attention-worthy sites. Also on the water, excursion boats cruise past area lighthouses.

Today the words “sea” and “recreation” are almost synonymous, not to mention shipping and commercial fishing. The city is known as the sailing capital of the U.S. and is frequently the site of the America’s Cup race. At the seaside, the annual Newport Jazz Festival, a staple since 1954, may be the biggest lure of all. Everyday outdoor-lovers can be near the sea, too, thanks to the Newport Cliff Walk bordering the shoreline for more than three miles.

In its own way, Newport Hospital is forging the way into health care of the future. “It’s an exciting time,” says spokesperson Elena Falcone-Relvas, especially with the arrival of a new president, Crista Durand. Among other activities, Durand is “dedicated to making positive change and bringing on new doctors.”

For instance, several cardiovascular services are among recently introduced new and expanded techniques and equipment. It was the first hospital in the state to use a leadless implantable cardiac defibrillator, and its specialists now use the S-ICD System developed by Boston Scientific, the first subcutaneous implantable cardiac defibrillator for treatment of patients at risk for sudden cardiac arrest.

The wound care center itself is an example of, as Fantes reports, “the latest, most advanced treatments.”

In the meantime, Fantes reports that he, his wife and daughter “used to kayak a little, but we’re in the process of selling the boat,” possibly based on two factors. Their daughter, who was 6 when they settled in Newport, is now a college math major, so there’s one boater less in the family. And his physician wife recently became the chief medical officer at a Boston hospital, which, though only a half-hour drive away, is still a time-consuming post.

Work obligations aside, the Fantes adults continue to savor Newport for its surrounding “wonderful open space” where they enjoy walking their dog. Says Fantes: “It’s still a nice little city.”

After crossing Narragansett Bay from Newport, it’s about a 10-mile drive south on mainland Rhode Island to Wakefield, a town where the population is small but the mood is lively. About a stone’s throw south is a protected harbor on the ocean, with many miles of coastline and beaches that attract thousands of summer tourists. “The area is known for its beauty,” says Martha Murphy of South County Hospital Healthcare System. “A lot of people have second homes here and retire here.” That includes professors from the University of Rhode Island in nearby Kingston.

Wakefield, with a population of about 8,500, is physically a part of South Kingston, population 30,600. However, it could be called the business beehive. “One of the biggest focuses is Main Street, with a lot of quaint shops and restaurants, plus two theaters,” notes Nick Pappadia, communications coordinator for the Southern Rhode Island Chamber of Commerce.

Of the hospital, with 100 beds (all in private rooms), Murphy says, “We like to say it provides everything from allergy to urology to everything in between.” Its strongest suit, she adds, is orthopedic surgery, especially joint replacement. “There are patients who choose to come here for surgery from across the state—and Connecticut.” She notes: “Our orthopedic surgeons have performed more MAKOplasty procedures than any other surgeons in the U.S. or the world—to date more than 3,000.”

The hospital has also received important awards and recognitions, including a LeapFrog “A” grade for patient safety, the only Rhode Island institution so cited for three consecutive years. Consumer Reports has given it the highest rating in both patient safety and post-surgery outcomes.

“The quality of life in Rhode Island is amazing,” says Kimberly McHale, director of marketing and communications for Coastal Medical. “The seasons and the ocean, beautiful communities, excellent school systems…. And we’re an hour from Boston if you want something bigger.”

That means standard in every office is a pharmacist, a nurse care manager for the most chronic patients, and a team in the corporate office to help manage it all, which allows physicians to concentrate on their practice of medicine. nIn the San Joaquin Valley sits a variety of cities and towns, including 17 with notable populations. Visalia is one of the five largest cities. The total valley floor comprises about 6 percent of the state land, but produces almost 13 percent of all U.S. agricultural crops. It follows that the area is known as “the nation’s salad bowl,” but the area also has the third largest oil field in the U.S.

Visalia: A worldwide destination for skiing

Today, Visalia is home to some 125,000. Because of its proximity to the Sierra Nevada Mountains, the area attracts skiers from around the world. Other recreational prospects are almost unlimited, including snowshoeing, hiking, biking, rafting and horseback riding. Not to mention a multitude of natural wonders, from sky-high Sequoia trees and high waterfalls to some 270 underground caves in Sequoia and Kings Canyon National Parks. Also within easy driving distance is Yosemite National Park.

In the San Joaquin Valley sits a variety of cities and towns, including 17 with notable populations. Visalia is one of the five largest cities. The total valley floor comprises about 6 percent of the state land, but produces almost 13 percent of all U.S. agricultural crops. It follows that the area is known as “the nation’s salad bowl,” but the area also has the third largest oil field in the U.S.

Today, Visalia is home to some 125,000. Because of its proximity to the Sierra Nevada Mountains, the area attracts skiers from around the world. Other recreational prospects are almost unlimited, including snowshoeing, hiking, biking, rafting and horseback riding. Not to mention a multitude of natural wonders, from sky-high Sequoia trees and high waterfalls to some 270 underground caves in Sequoia and Kings Canyon National Parks. Also within easy driving distance is Yosemite National Park.

Ian Duncan, M.D., notes three major factors in his decision to join an orthopedic surgery group in Visalia: proximity to family; central location between San Francisco and Los Angeles; and skiing, a sport he now enjoys with his wife and three children, ages 13, 11 and 6. He performs surgery at the Kaweah Delta Medical Center.

Duncan knew from an early age that his life dream was to be a physician. He enrolled in a pre-med sequence first at Santa Rosa Junior College and then at the University of California, Davis. His choice of specialty came to him almost as a revelation, although a painful one for his girlfriend (now his wife). “She was changing a light bulb,” he says. “She pushed off a towel rack, it ripped out of the wall, and she fell backward onto her wrist and dislocated it, a pretty rare injury. We went to the ER. The doc popped her wrist back in, but he was struggling to do it for a while, so he looked at me and said, ‘Hey, help us out here and pull.’ I pulled down the elbow, and he was able to (finish the job). And from then on I knew that that work was for me.”

After being involved with sports teams in Santa Rosa, where he attended junior college, he concluded that “being in sports medicine and being a surgeon would be a good fit.” He reinforced his choice wherever he went by finding a way to work with at least 20 high school, college and even professional teams. He did so while at the Chicago Medical School (now known as Rosalind Franklin University), during internship and orthopedic residency at Temple University Hospital. He added a second residency at Thomas Jefferson University’s Rothman Institute of Orthopedics.

While at Temple, he worked with three different professional Philadelphia teams, including the Phillies.

In 2012, Duncan returned to Visalia. He had interviewed at several places in the state, but he soon realized that his hometown would be the best fit for him, especially since the need for his specialty was great. “I learned when I was interviewing that there were only six orthopedic surgeons here. (Statistically), that’s 80,000 people per surgeon (in my field).” Bottom line: “Before long, I was extremely busy. And I still do more surgery than just about anybody I trained with.”

And he still makes time to be on the field with football teams at a local high school and a college.

With eight campuses, the Kaweah Delta Health Care District provides state-of-the-art surgical techniques, services and equipment, such as endoscopic ultrasound, a large-opening MRI, brachiotherapy, a lymphedema center and a very new endourology suite for GreenLight laser surgery. Area residents can take advantage of the Lifestyle Center to keep in shape, and Kaweah Kids is a childcare service for employees and medical staff members.

The city itself is hardly lacking in cultural and unique dining experiences, especially in the downtown area. Performances of all kinds, including symphony, are held at the recently restored 85-year-old Fox Theatre, and Friday Nights Downtown attract crowds. A final touch is some 100 murals adorning downtown buildings. The Visalia Rawhide, an Arizona Diamondbacks baseball farm team, adds a sports ambience.

Visalia’s business scene is also alive and well. In line with its agricultural surroundings, the city is home to large food producers, distribution centers and various manufacturing operations such as International Paper, Voltage Multipliers (high-voltage diodes) and Alcoa.

City leaders are keeping busy, too. So far, a huge industrial park has attracted 18 varied businesses with another 27 probably on the way and ultimately room for as many as 150.

Visalia’s fifth new high school is one of several new facilities on the horizon, from a state-of-the-art animal control facility to a new city center consolidating currently scattered administration offices.

As a result, Visalia now exudes optimism for the future—and shows a smiling face. 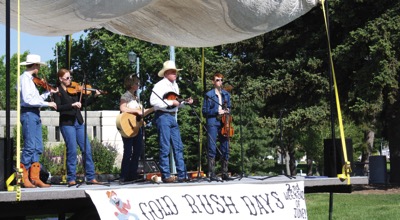 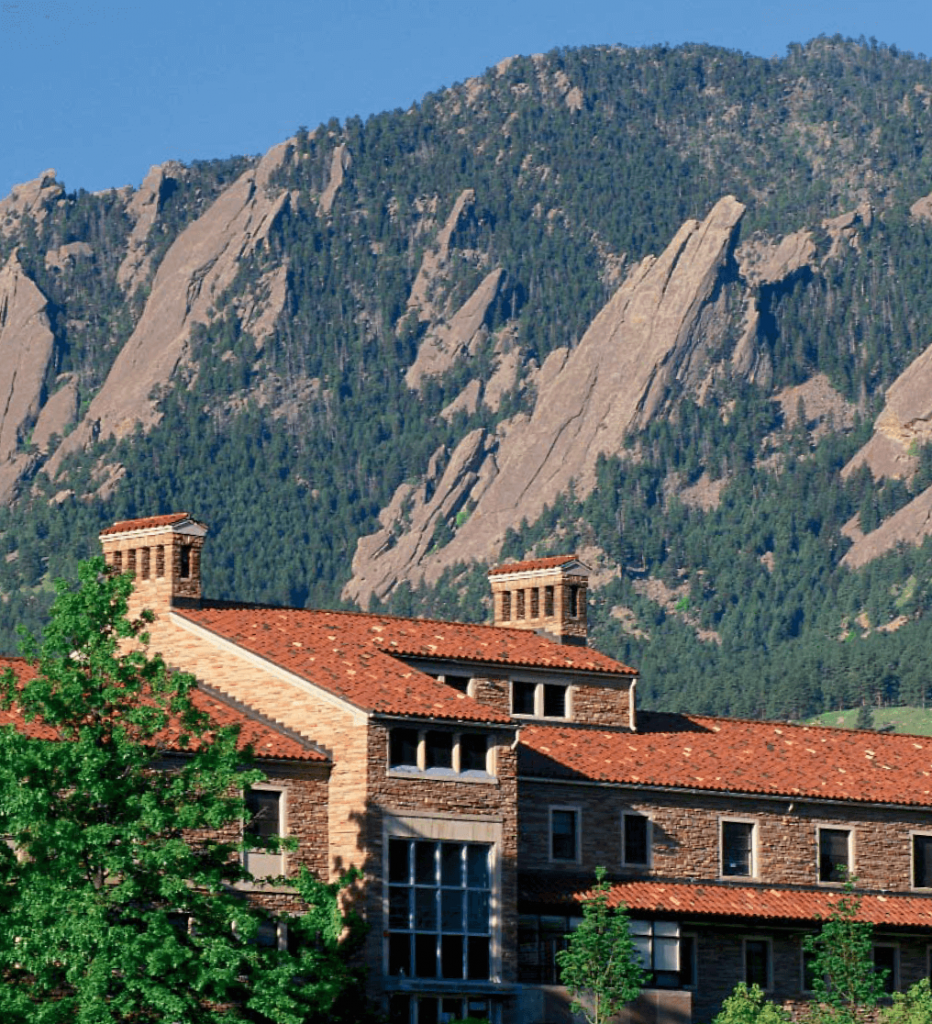