Personal: Baleva is married with two daughters. She likes to take Zumba, Les Mills Sh’Bam and Body Jam classes, swim and play tennis. She also enjoys playing the piano and learning to play pop songs via YouTube, watching movies and traveling with her family. 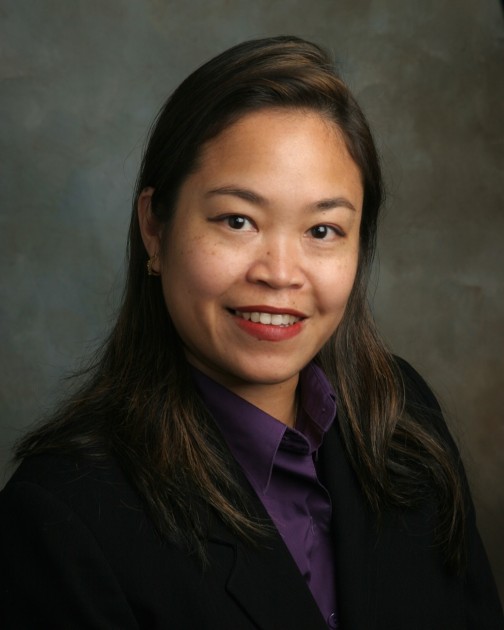 Things are different now than when I came out of residency in the late 90s because of all the significant health care changes. Hospital medicine was just beginning then and only one or two co-residents I knew went into that field. At that time my program director recommended looking for a traditional practice with a partnership track but I think that trend is passé now.

My first job was a combined internal medicine and pediatrics inpatient and outpatient practice. Unfortunately, after a few years I realized that the independent physician practice model isn’t necessarily sustainable. Today the solo practice model is in jeopardy due to rising overhead and many physicians are switching to employed settings. I think today’s residents should consider employment opportunities with larger physician practice groups and hospitalist companies due to better financial sustainability.

What surprised you about your first post-residency job or job search?

I assumed that with all the job openings as well as practices offering sign-on bonuses, there was plenty of money available, but the shocker was that money doesn’t grow on trees when it comes to medical practices. When I accepted my first job I thought I was joining a group with a lot of patients that would translate into economic success.

But I learned that the practice must first generate enough money to cover all the expenses of running the office, and that your income is only as good as your billing and collection. When you’re dealing with third-party payers you may not be paid for at least 30 to 90 days on the average and sometimes you may not be able to collect at all.

I wish I had known about the relationship between the services I provided and how I got paid for those services. Unfortunately, residents don’t usually learn about insurance, billing and collections issues. Also, although my residency touched on practice management, we weren’t enlightened on how many employees you need to run a practice and how much it costs to hire a nurse, a receptionist, medical assistant and all the many other hidden costs such as benefits, paid time off, etc. It would have been helpful to know how to manage people and how many patients to see to sustain a practice.

Anything particularly unique about your job search?

I found my first job through a large recruitment agency and I did a web search on how to evaluate potential practices to join that also provided a list of questions to ask potential employers. The problem was that I didn’t know the "right" answers to the questions I was to ask because they dealt with practice issues we were never taught about in residency. I just learned the financial aspects of running a practice hands-on during my first job.

Then due to my husband finding a job in the petroleum industry in Houston, I looked for my second job January of 2001 and found a spot with IPC The Hospitalist Company in a long-term acute care (LTAC) hospital. It happened to be the only job available at that time but I did ask about vertical and horizontal movement in the company while interviewing with them and I was told that was potentially workable.

Since then, the job has morphed into what I have now: a practice group leader of a hospitalist group with 16 physicians that cover the whole continuum of care. We care for patients of all ages at short-term acute hospitals, LTACs, skilled nursing and assisted living facilities. Over the years, it took "blood, sweat and tears" to overcome obstacles and at times even discouragements, but the most exciting part of my job has been to innovate and ultimately create an awesome physician group that provides the best patient experience while being the driver of the healthcare delivery system. IPC has allowed and given me the tools to achieve this which is why I have been with them for 11 years now and still enjoying it a lot.

Residents should be ready for a heavier workload coming out into the real world. Because their hours in training have been reduced - which I think is a disservice to them - today’s residents have been sheltered and aren’t primed to handle the larger-and sicker-patient volume. They should start preparing by using their time in residency, staying up a little longer to learn and see as much as they can as well as getting exposed to different practice environments.

When physicians are searching for jobs they should keep an open mind about working in different levels of care than they were exposed to during residency. Post-acute care is a growing field that will need more dedicated, good quality physicians in the coming years.

Many residents have unrealistic expectations about the money they’ll earn. As physicians we generate our income by seeing patients and billing for those encounters. If they keep in mind that they went into medicine not for big bucks but to take care of people, that will get them through the hard times, such as when they have to sacrifice time with their families.

At the end of the day, they should remember that it’s all about the nobility of the profession: To take good care of patients and make them feel better. It also helps a lot if one has a understanding spouse. I happen to be lucky to have a loving husband who realizes that caring for patients cannot be squeezed into a 9-to-5 schedule.