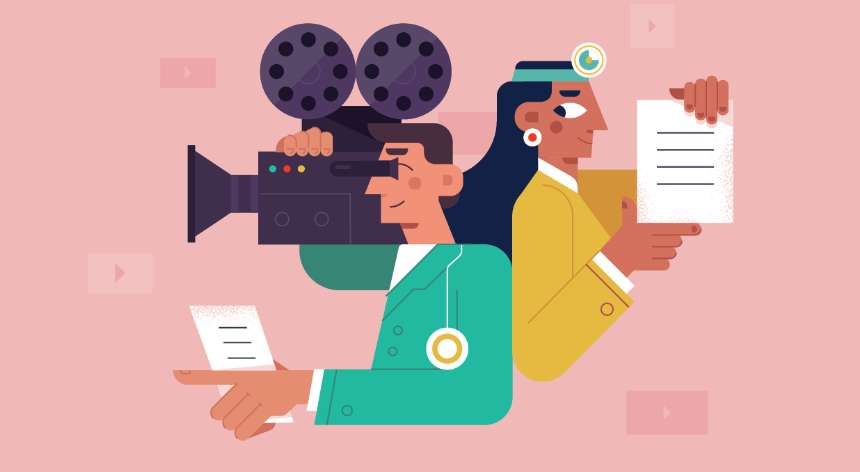 Lopez is CEO of El Renovatio Films, LLC. He directs and produces documentaries on health care and human rights. He has been the recipient of numerous awards including Young Physician of the Year and the 2017 and 2018 National Hispanic Resident of the Year by the National Hispanic Medical Association. In addition, he is also founder and president of the nonprofit Salud Su Derecho, which promotes the reduction of health disparities at the Texas-Mexico border.

How did you become a physician filmmaker?

As a young man, I was always fascinated by the power film had to bring people together. Film, more than any other form of media, allows us to see a reflection of ourselves. This reflection can lead to empathy and connection. It might help us think a little differently about a range of experiences and situations. That’s why I got fascinated with storytelling. It wasn’t until I was a medical student that I began to take it more seriously.

I started writing about health disparities and working with other colleagues on producing films that highlighted various topics, such as the negative effects of bullying. I connected with a group of medical students in Europe who were interested in producing a documentary about man-made barriers to health. They knew I was making short films and asked if I would like to direct a film in the West Bank and Israel. I flew there and directed the piece, which was about how health and wellbeing are affected by conflict.

After Israel, I got a project in Japan working with the United Nations and produced a film about youth as agents of change in disaster areas. I came back to Texas and directed a film called "Texas UnMedicated" that looks at the implications of Texas not expanding Medicaid under the Affordable Care Act. I’m now leading the production of a documentary series that presents the intersection of health, medicine and social justice.

I wish we could get stories and films out quickly. I respect the kind of time that goes into producing a high-quality product. I’ve learned to be patient with this process. Otherwise, I wish I could turn around a production much faster.

Was there anything about doing this that surprised you?

I think that being a physician inherently comes with a position of social privilege and a status. Sometimes, being in that position, a physician can become disconnected with some people who are suffering immensely. Getting our feet on the ground in conflict zones or areas that have been devastated by disasters or on the Texas border where families are being separated serves as a harsh reminder of the realities that our neighbors are facing. It is always somewhat shocking to witness the conditions that families all over the world face to this day.

What advice would you give to physicians who want to make films?

I certainly think physicians have an important role to play in storytelling in general, but film in particular because we can help bridge the understanding between society, environment, policies and the implications for health. If there are policies that don’t enable us to access health care, which has negative consequences for health, we can use film to help the public understand those links better than a peer-reviewed journal can.

How would you recommend physicians go about making films?

I think the primary objective for any physician or medical student is to practice medicine, reduce suffering and show compassion in the clinic and hospital. It might be difficult to find the time to build an entirely new skillset in storytelling. The thought can be daunting. However, there are other ways to get involved in the filmmaking process either as a consultant on a screenplay or helping on the production side. One might consider seeking an opportunity on a media project as an adviser that ensures that vulnerable populations are protected and informed consent is obtained. In this role, one might also make certain that the portrayals of physicians and health care workers in the media are accurate and dignified. I suggest premedical students and medical students work with their humanities department to advocate for this type of skill building.